Childhood obesity: we inherit the body mass index from our parents 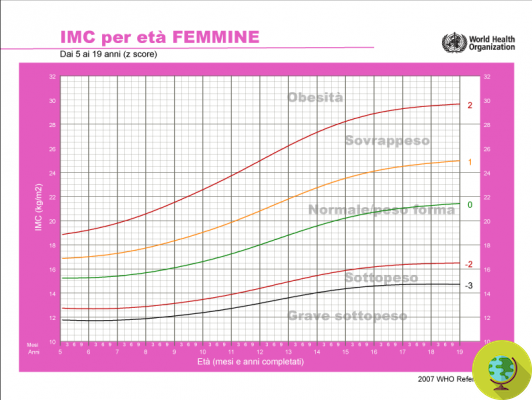 Childhood obesity: According to a new study, a child's body mass index (BMI) would pass from father to child and more noticeably if the child is already obese.

THEobesity is inherited from parents. In fact, 35-40% of a child's body mass index (BMI) would pass from father to son; percentage that rises to 55-60 for the most obese children. More than half of their tendency towards obesity would therefore be determined by genetics and from the family environment.


This is supported by a study by the University of Sussex according to which the body mass index of children depends for 20% on the mother and 20% on the father, with the figure that is proportional to the weight: for the thinner children it drops to 10% while for the obese it rises to 30.

READ also: CHILDHOOD OBESITY: IN 2030 IT WILL BE A REAL EPIDEMIC. HERE'S WHAT TO DO WITH OUR CHILDREN

For the survey, data on the heights and weights of 100 children and their parents from six countries around the world were used: the United Kingdom, the United States, China, Indonesia, Spain and Mexico.

And the process of “intergenerational transmission”, the authors explain, is constant in all countries, regardless of their degree of economic development, the degree of industrialization or the type of economy. And, above all, it is the same in countries with very different patterns of nutrition and obesity, from the most obese populations, such as those in the United States of America, to the two of the least obese countries in the world, China and Indonesia. This gives an idea of ​​how obesity is passed down through the generations.

READ also: CHILDHOOD OBESITY: HAVING A DOG HELPS PREVENT IT

"This shows that children of obese parents are much more likely to be obese," says Professor Dolton, one of the authors of the study.

Does genetic inheritance play a lot, then? It seems so, but this does not mean we can think of letting things go if our children are overweight. Remember that our children are mirrors not only of our genes but also of the habits we have.

The increase in their weight is directly related to eating behaviors of us parents and their physical activity levels also depend a lot on our physical exercise pattern, there is little to do. If there is someone, or more than one, in the family with extra pounds, it's time to start - everyone - to change the rules. First of all follow a correct diet daily and do it regularly physical exercise involving even the little ones. Eliminate junk food and harmful drinks, reduce the hours in front of the TV or with a smartphone in hand and go out on foot, everyone!

add a comment of Childhood obesity: we inherit the body mass index from our parents