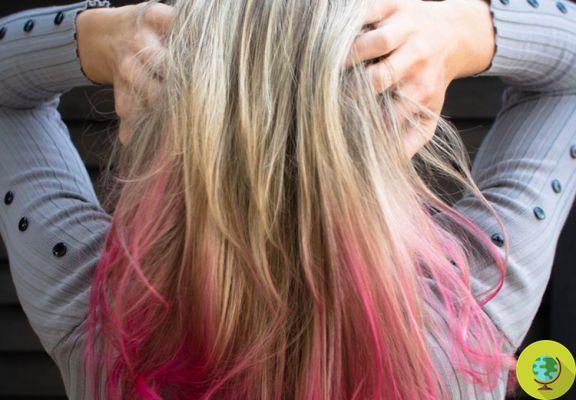 Research conducted in Sweden reveals that hairdressers who do a lot of dyes and coloring treatments are more exposed to some potentially carcinogenic substances such as toluidine.

A new study wanted to compare the blood of hairdressers who often use hair dyes, lacquers and other products based on chemical compounds, with that of those who use these substances less frequently. Result? The first group had higher concentrations of a potentially carcinogenic substance such as toluidine.


A team of researchers fromLund University in Sweden took a sample approx 300 hairdressers, but also 32 people who dyed their hair regularly and 60 who did not use dyes. The participants in the study, all non-smoking women, were drawn with blood to see if there was or was not 8 potentially carcinogenic compounds called aromatic amines.

The analyzes were carried out by evaluating the adducts (related substances) to hemoglobin in the blood, useful for highlighting long-term exposure to carcinogens. The amount of amines was variable in the 3 groups, but none overall showed any peaks. What we saw, however, was that they were there hairdressers with higher levels of toluidine and they were just the ones who they carried out more dyes and coloring treatments over the course of a working week. In practice, the presence of this substance increased hand in hand with the number of treatments carried out by that single hairdresser.

The study, published in the British Medical Journal, highlights the need for chemically analyze the products which are used in beauty salons to find out if, despite controls and new regulations, they continue to be potential sources of exposure to toluidine.

- White hair: how to cover it with natural make-up and remedies

- Natural color: color and streaks like at the hairdresser's with herbs

Calendula mother tincture: properties, uses and where to find it ❯