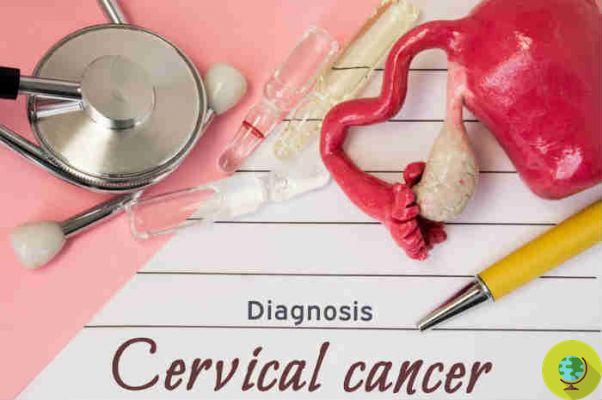 Simple, fast and low-cost screening for women in developing countries. A simple early diagnosis program for cervical cancer using vinegar has helped reduce deaths among the 150 most disadvantaged Indian women by 31%. This was revealed by a study presented in recent days at the ASCO in Chicago, the most important oncology conference in the world.

A simple vinegar test can reduce mortality rates for cervical cancer. This is demonstrated by a study presented at the meeting ofAmerican Society of Clinical Oncology in Chicago and led on 150.000 Indians from 20 slums in the city of Mumbai. Result? The "VIA-test"(Visual Inspection with Acid Acetic), which consists in applying on uterine cervix a few drops of vinegar and watching for changes in the presence of lesions reduced cervical cancer mortality by almost a third.

This is excellent news especially for the most disadvantaged women, especially considering that cervical cancer is the leading cause of cancer death in developing countries, where access to screening is scarce or zero. In this study, 75.360 women aged 35-64, with no previous history of cancer, underwent screening for two years involving vinegar on the cervix, while 76.178 women did not.

The latter received cancer training and were asked to report any symptoms based on what they had learned. With the test, after 60 seconds the cervix is ​​examined with the naked eye, without using lights or lamps. Pre-cancerous tissue turns white when vinegar is applied, while healthy tissue does not change color. This is a huge advantage for the female population of rural areas, where finding doctors nearby is virtually impossible.

"Our problem - he said Professor Surendra Shastri, author of the project- is that in India there is a lack of screening programs based on Pap smears due to inadequate facilities and a lack of competent healthcare personnel. Not only that, all this adds up to the logistical difficulties and the lack of funds to implement a serious campaign ". For this reason, screening with vinegar can be fundamental: among the Indian women who used it, it determined, in fact, one 31% reduction in cervical cancer mortality rates. And researchers estimate that this strategy could avert 22.000 deaths in India and nearly 73.000 in poor countries around the world.

Being vegetarian protects against cancer, but does not save the… rectum

Tumor of the esophagus: be careful not to exceed this temperature when drinking a cup of tea, coffee or your favorite hot beverage ❯

add a comment of Cervical cancer: the vinegar test that saves women