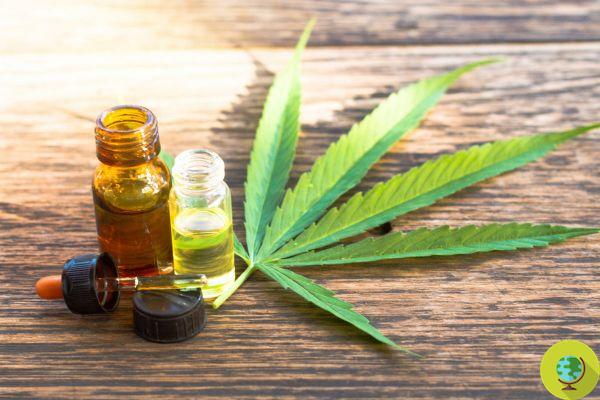 A study showed the effectiveness of CBD supplements for relieving the symptoms of addiction to marijuana, alcohol and cigarettes

Treatments with extracts based on cannabidiol could help in the fight addiction to marijuana, alcohol and nicotine.


To say it is a new study by scientists from University College London, presented a few days ago to the New Scientist by Val Curran, professor of pharmacology who led the research.

The researchers tested theuse of CBD in highly addicted individuals, demonstrating some possible benefits of this compound for treating various types of addiction.

Cannabidiol, or CBD, is one of the two main ones compounds found in cannabis, devoid of psychotropic activity and lately very popular for its therapeutic effects and because it is contained in the legal weed.

Cannabis is considered a soft drug and its recreational effect is given by another substance, THC. One in ten people can develop one cannabis addiction and show withdrawal symptoms such as anxiety and insomnia when trying to quit.

Curran's team of researchers subjected 82 people classified as severely independent to a four-week treatment with extracts containing CBD.
Participants were divided into groups and each group received different doses of CBD: one group was given a placebo, while the other three groups were given capsules containing 200mg, 400mg and 800mg of CBD.

The lower dose did not work, giving the same results as the placebo, while the 400 mg dose proved itself effective in reducing withdrawal symptoms and in reducing cannabis use among participants. The higher dosage of 800 mg proved less effective.

According to the results of this study, CDB-based extracts could help defeat marijuana addiction but they could be also effective in alcohol addiction. During detox, alcoholics suffer from severe anxiety and seizures, symptoms that can be alleviated by CBD.

According to Currane his team, CBD-based treatments are also useful for tobacco smokers who may be able to break the addiction to nicotine thanks to supplements containing cannabidiol.

At the moment, however, the CBD supplements sold in drugstores and CBD products found in legal cannabis stores contain much lower doses of cannabidiol than those that proved effective in the study.

To succeed in treat addictions with CBD products we will therefore have to wait for the marketing of supplements with higher dosages.

add a comment of Cannabis: CBD can help fight addictions and make us quit smoking