Cannabidiol (CBD) can kill a wide range of antibiotic-resistant bacteria. I study 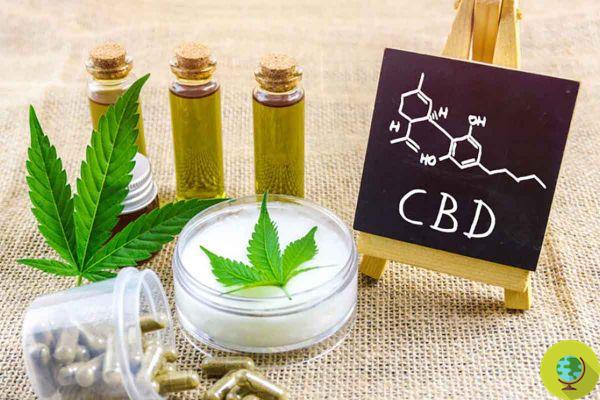 An Australian research team has found that the main non-psychoactive component of cannabis, cannabidiol (CBD), can kill several antibiotic-resistant bacteria. These are those microorganisms responsible for example of gonorrhea, meningitis and legionnaires' disease (legionella).


Laboratory studies conducted by researchers at the University of Queensland Institute of Molecular Bioscience have shown that CBD could help in the all-important global fight to stop some dangerous bacteria from resisting antibiotics.

The research, carried out in collaboration with IMB's Center for Superbug Solutions and Botanix Pharmaceuticals Limited, could lead to the creation of the first new class of antibiotics for resistant bacteria in 60 years. And we sincerely hope so, given that if no real solution is found, antibiotic resistance could become the leading cause of death in 2050.

Mark Blaskovich, director of the Institute of Molecular Bioscience, said CBD can penetrate and kill a wide range of bacteria including Neisseria gonorrhoeae, which causes gonorrhea.

“This is the first time that CBD has been shown to kill certain types of Gram-negative bacteria. These bacteria have an extra outer membrane, an additional line of defense that makes it more difficult for antibiotics to penetrate. "

The study also showed that CBD was largely effective against far more Gram-positive bacteria than previously known, including antibiotic-resistant pathogens such as MRSA (Staphylococcus aureus resistance to meticillina).

But how does cannabidiol work against resistant bacteria? The answer is always Professor Blaskovich:

"We think cannabidiol kills bacteria by exploding their outer cell membranes, but we don't know exactly how it does this yet and we need to do more research."

Among other things, very important:

"Cannabidiol showed a low tendency to cause resistance in bacteria even when we accelerated the potential development by increasing the concentrations of the antibiotic during treatment ”.

Research has therefore shown CBD's enormous potential for developing effective treatments to address the growing threat of antibiotic resistance. Obviously, further tests (currently in progress) are needed on the formulations that allow the creation of a new class of antibiotics.

"Now that we have established that cannabidiol is effective against these Gram-negative bacteria, we are examining its mode of action, improving its activity and finding other similar molecules to pave the way for a new class of antibiotics."

The research was published in Communications Biology.

Fonte: Institute for Molecular Bioscience – The University Of Queensland

CBD as a remedy for psoriasis ❯

add a comment of Cannabidiol (CBD) can kill a wide range of antibiotic-resistant bacteria. I study