Can't hear people when there is background noise? You could take this risk. I study 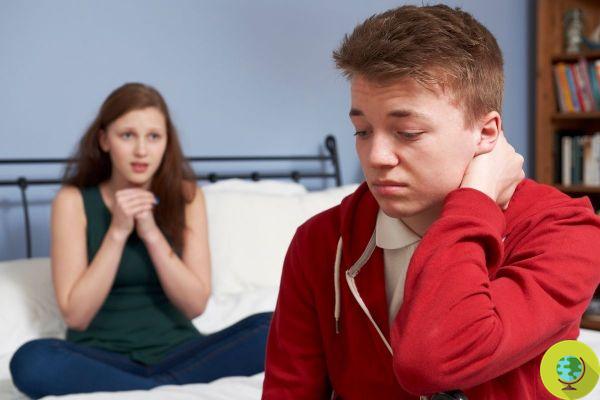 A new study suggests that hearing difficulties could be linked to the development of a more serious condition: dementia

A new study suggests that adults should learn to 'hear' changes in their hearing abilities, because hearing difficulties could be linked to the development of a more serious condition: dementia.


An Oxford University study showed that those with difficulty understanding words in noisy environments are more at risk of developing dementia at a later age. What's more, hearing problems are not simply a symptom of dementia, but also a risk factor for the onset of this disease - they should therefore act as a wake-up call for family members and doctors to take action before brain decay begins.

The study analyzed a group of more than 82.000 people (men and women) over the age of 60 who did not suffer from dementia: their hearing abilities were tested at the beginning of the research. Eleven years after the study began, 1285 participants developed forms of dementia: those who demonstrated poorer hearing abilities nearly doubled the risk of developing dementia compared to those who demonstrated good hearing. Surprisingly, about half of the people in the study who demonstrated insufficient hearing ability to understand human voices in a noisy environment, as well as nearly 42% of those who had poor test results, did not even realize they had a hearing loss.

(Read also: The Mediterranean Diet May Prevent Memory Loss and Dementia. The Study)

It is not the first study to link hearing loss and dementia, but for the first time, researchers have investigated the risk of dementia associated with hearing problems in noisy environments - a common occurrence today. In fact, previous studies have already shown that people with hearing loss are more at risk of dementia, however these studies were based on participants' self-assessments of their hearing problems and not on scientific measurements.

Large studies like this are an important impetus to identify genetic, lifestyle or health factors that can lead to dementia, because it is still difficult to isolate a single cause in a disease as important as this.

Fonte: The Journal of the Alzheimer’s Association

You wouldn't have said it, but these are the 3 big (and true) secrets to living long according to scientific studies ❯

add a comment of Can't hear people when there is background noise? You could take this risk. I study