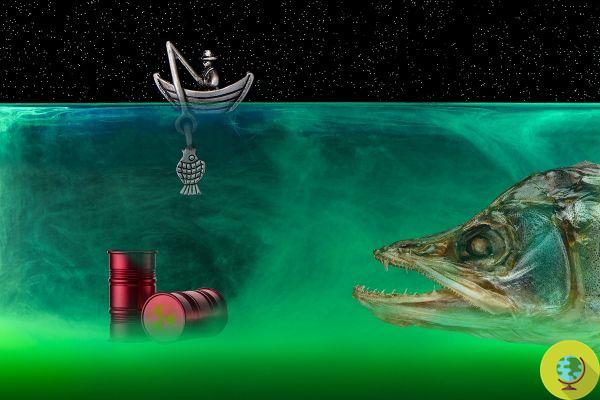 Will the Fukushima water released into the sea also contaminate the fish we eat? The interview with Alessandro Dodaro, Director of the fusion and nuclear safety technologies department of ENEA

Japan will dump 1.2 million cubic meters of radioactive water from Fukushima into the Pacific Ocean in two years' time. Said like this it seems crazy and it is natural to be alarmed by the possible consequences on the environment and also on human health. Will this water contaminate the ocean and therefore also the fish we eat?


The question, certainly legitimate, runs fast. But does it really make sense to be afraid? While panic is already spreading, fueled by inaccurate news and chain letters on social networks, which warn against eating fish from Japanese seas, let's try to analyze the issue using scientific data.

Precisely to counter this fear generated and fueled by superficial information, often accompanied by alarmist tones, we tried to clarify with Alessandro Dodaro. Director of the fusion and nuclear safety technologies department at ENEA.

1) Science appears divided, but mostly it is believed that dilution will have little impact on the environment. Is it really so?

Following the recommendations of the main international bodies (for example the International Atomic Energy Agency, IAEA), the spill will be carried out after dilution on the ground to bring the tritium concentration below the maximum permitted levels, making the diluted water almost comparable with that of the ocean. The spills will then be staggered over time and at adequate distances from the coast, to allow for further dilution.

The harmful effects of radiation are closely related to the quantities with which the organism or the environment comes into contact, so the procedure is completely safe.

Just to understand the effect of the dilution, let's imagine pouring a few drops of paint into a coffee cup full of water: dipping a finger of the right hand in the water, the finger certainly gets dirty. If we then pour the contents of the cup into a whirlpool tub, run the whirlpool for a few minutes and dip a finger of the other hand into the tub, it will already be very difficult to find any traces of paint. Now we pour the contents of the tub into an Olympic-sized swimming pool and by immersing the whole body, it will be practically impossible to come into contact with the original paint.

2) Is release at sea really the best possible solution or were there others that were not considered?

From the theoretical point of view, at least two other solutions are possible but they do not solve the problem or simply they differ over time.

The first proposed alternative is evaporate the tritiated water: leaving aside the not negligible cost of the operation, the result would be a dilution in the atmosphere instead of in water. However, the tritium in the atmosphere recombines with oxygen and returns to the planet in the form of rain, thus obtaining the same effect as the spill into the sea.

The second alternative is the freeze the tritiated water and wait for the decay of the tritium: in this case the cost would be enormous because, in addition to the energy needed to freeze the water, it would also be necessary to keep it at a temperature that would remain frozen for a very long time. Furthermore, the problem would only be postponed because it takes about 80 years to reduce the radiological load of tritium by a factor of 100, which in any case should then be discharged into the sea.

3) Are the controversies and the alarm about the danger of release at sea that came after the announcement of Japan completely unfounded or could there still be a basis for which to partly worry?

It is a procedure safe, internationally validated and already adopted in the past from other countries for similar unloading procedures that have not had any consequences for the environment. Furthermore, as mentioned, dilution is the best way to minimize the possibility of contact between humans (also through the food chain) and radioactive material. I believe that the proclamations that unfortunately are heard every day on the subject are devoid of any scientific basis: the fish fauna and marine flora of the area where the Fukushima water will be spilled will not suffer any damage.

Significantly greater damage has been done by tests of war devices carried out in the atmosphere and in the oceans in past years.

4) Now that the decision is made, what will be the best strategy to minimize the impacts? Is two years enough time to finalize the release?

The spill will be done intermittently and still are the necessary assessments are in progress to establish the maximum quantities to be unloaded in each single spill, as well as the most appropriate temporal distance to ensure the absence of radiological impact on the environment. I am sure that, following the international recommendations, the operation will be concluded in an appropriate time and that today we can reasonably assume a range that goes from a few months to a few years.

5) Finally, can the release water really pollute the fish?

No, as mentioned the dilution levels are so high that the probability that a fish encounters some atom of tritium is extremely low, and, even if this were to happen, such small quantities would have no effect on the fish, nor, consequently, on the next step of the food chain.

add a comment of Can Fukushima Release Water Really Pollute the Fish We Eat?