Cabin (or prisoner) syndrome: this is why we may not want to leave the house and return to our previous life at all 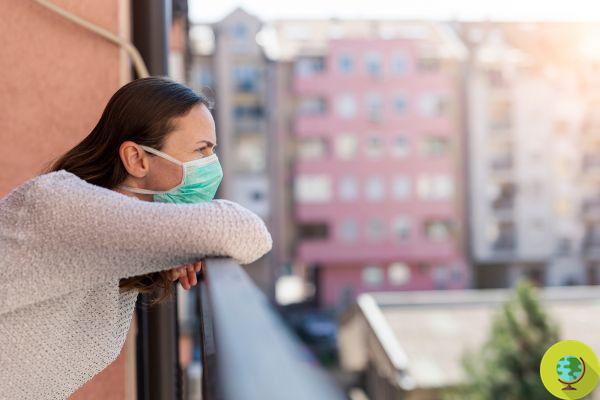 After months spent in our homes, we may no longer have a great desire to leave the house out of fear, anxiety or because we have found new rhythms.

They call it the "cabin syndrome": people who have lived under stress, but who have managed confinement well, with time for themselves, their loved ones and their hobbies, and to whom returning to normal generates much more stress.


Today we officially begin Phase 2. We have waited a long time for the possibility of returning to a semblance of normality and when this begins to glimpse there are those who run away. It is not something particularly strange, in fact, it is completely normal. After months of quarantine there are those who live the anxiety of returning to the previous rhythms, the fear of going out and, perhaps, there are also those who have discovered that life at home is not as bad as we thought at the beginning.

In short, the return to normality is not appreciated by everyone, especially for the pressure of having to launch into the world again and resume the usual routine. Our homes, in this period, have become a refuge, they have kept us safe from the coronavirus but also away from the world, whose routine often stresses us.

As explained to El País, Timanfaya Hernández, of the Official College of Psychologists in Madrid:

“We are seeing more people struggling with the idea of ​​going out again. We have established a security perimeter and now we must abandon it in a climate of uncertainty ”.

As the Spanish psychologist recalled:

"We live in the society of doing: always doing things, always producing"

Quarantine has allowed people to have more time for themselves, their loved ones and their hobbies, which is also why they may now be reluctant to go back to their previous busy life.

And then there are also those who, unwillingly, got used to the new routine and different rhythms from which now, equally, they are afraid to leave. Isolation is unpleasant, but our survival mechanisms have allowed us to counter that feeling and adapt to confinement.

In this case we speak of "hut syndrome"(or the prisoner, if you prefer). With these terms we mean avoiding contact with the outside after a long isolation, such as the one experienced on the occasion of the spread of the coronavirus.

The term "cabin syndrome" was coined in those regions of the United States where the harsh winter forces the inhabitants into a sort of "hibernation", although it is not fully accepted by psychologists.

“We know of cases of people who, after being hospitalized or having been in prison, lose their security and fear what is outside,” explained Hernández.

“The idea of ​​feeling uncomfortable in a situation that was previously perceived as normal can create a sense of inadequacy in us. One wonders "How come I was able to (get out) before and not now?" The substantial difference is that now the person has been subjected to a stressful event that, for better or for worse, has changed his way of behaving, of seeing things. This is probably a temporary change, but you have to take note of it. (...) the situation we are experiencing is so exceptional and collective that the understandable fear, more or less accentuated, of leaving the house can be one of the most common reactions, even on the part of those people who could be defined as 'more emotionally balanced' " .

“There are several factors that at an individual level, in this specific case, come into play and fuel the desire to stay within the walls of the house. First, the refusal to see or accept that one's references have changed significantly. If I go out, I realize how the world I knew has changed. I see the deserted city, the shops closed, the people I meet are wearing masks, gloves. The new reality has an impact, it can disconcert, confuse, we could reject it. To this, then, is added a much more prosaic factor: on a neurobiological and physical level, the less I exercise, the less I leave the house, the less I will want to go out. To which, again, are added the fears about the probability of a contagion ".

While these positions of internal resistance are expected to be in the minority, a dilemma arises: if no one went out and chose to live differently, consumption would drop and the economy would stagnate.

How to make the economic wheel compatible with a less consumerist life?

We don't seem to have to worry about this. As economist José Carlos Díez points out, there are precedents:

“It happened in New York after 11/XNUMX. In the coming weeks there will be many people who will not go out and will stop being afraid only when the deaths from the virus drop and the media stops talking about the pandemic at all hours. It will take some time".

However, it is important to face one's fears and, if deemed necessary, to contact a professional who will provide the useful tools to transform them into allies and thus be able to overcome them.

Coronavirus could cause another 'epidemic' that we must avoid: depression

Locked in the house indefinitely from one day to the next. The trauma of children that no one thinks of

Asperger syndrome: what it is and signs to pay attention to to recognize it ❯

add a comment of Cabin (or prisoner) syndrome: this is why we may not want to leave the house and return to our previous life at all