Butts on the ground? In Holland crows take care of collecting cigarette butts

A somewhat crazy but effective idea, that of a Dutch startup, which has devised an intelligent machine that trains birds to collect cigarette butts.

Butts on the ground? The crows take care of cleaning. A somewhat crazy but effective idea, that of a Dutch startup, which has devised an intelligent machine that trains birds to collect cigarette butts.

The pollution problem afflicts all cities in the world and butts are certainly the waste we trample the most, all this despite the fact that in the Environmental Link there is a hefty fine for those who throw them on the ground.

Streets and beaches continue to be invaded and even in Holland which is usually among the virtuous countries, it happens. Particularly in the parks of Amstardam and from here the idea was born.

The Dutch startup Crowbar, one of the finalists of the Dutch Accenture Innovation Awards, has devised "an intelligent machine that trains crows to collect cigarette butts from the street". 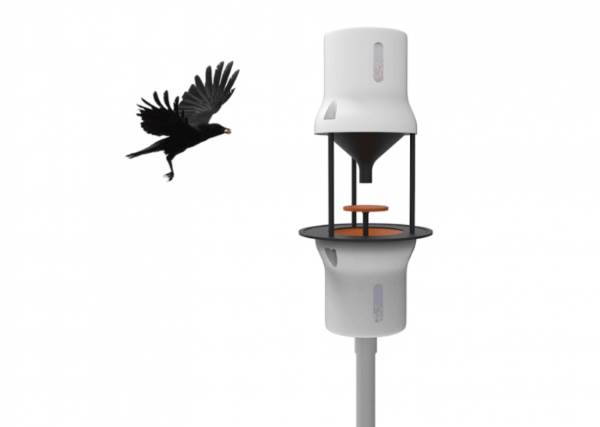 Worried about this hateful litter that marred parks, two industrial designers Ruben van der Vleuten and Bob Spikman began to think about how to get rid of the butts. After having thought of a robot that cleans streets which, however, had the limitation of not being able to reach the most remote corners, here is the brilliant idea. Who flies over our cities?

“We first thought about pigeons and it would have been perfect since there are so many in the city. Unfortunately, after a quick search we realized that birds are not particularly intelligent and it would have been difficult to teach them to perform such a complex operation, ”Ruben van der Vleuten tells The next web magazine.

But pigeons aren't the only ones living in Dutch cities.

“There is another bird that loves to live close to humans and that seems more receptive: it is the crow, capable of solving problems and learning independently if wisely trained. The city cleans itself using its existing ecosystem: crows ”, continues the designer.

So here it is Crowbar, a machine that train and reward the crows that collect butts in exchange for food. Here's how it works: There are four stages that allow birds to associate butts with feeding. For each filter of cigarettes that falls into the special box, they will receive peanuts as a reward.

An idea that is inspired by that of Joshua Klein, creator of the Crow Box, an open source project which is a vending machine for crows. Klein's machine was designed to train crows to collect items and bring them back in exchange for a reward, now in Holland they collect butts.

“Crowbars can be placed throughout the city without having a major impact on existing infrastructure. It's an economical solution and a surprisingly easy way to make our streets cleaner. "

Every action aimed at keeping the environment clean must be seen well, but we remember that we are guests of our Planet and as such we must respect it, throwing waste in the appropriate containers. Sometimes all it takes is a little civic sense.

Poisonous hemlock: how to recognize it and distinguish it from the harmless flower of Queen Anne's lace ❯

add a comment of Butts on the ground? In Holland crows take care of collecting cigarette butts