Butterfly: its symbolism in the different cultures of the world and how to interpret it in everyday life 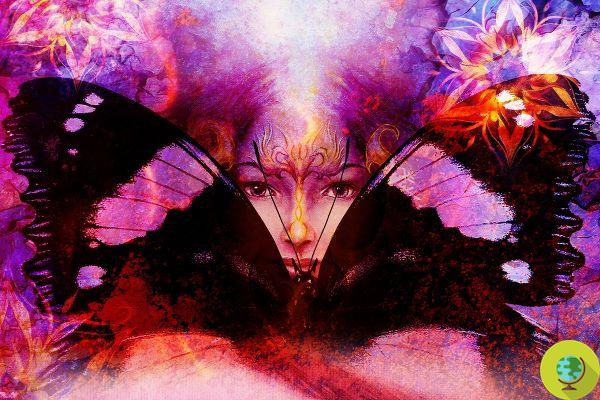 What does the butterfly symbolize in the different cultures of the world? How to interpret it in dreams and in everyday life?

They symbolize rebirth, transformation, hope, courage, beauty but also the inconsistency of happiness. I'm the butterflies.


The metamorphosis that - leads the animal from the condition of a caterpillar to that of a larva and finally of a butterfly - has always amazed men, prompting them to reflect on their own spiritual transformation, explains "The Encyclopedia of Symbols" by Hans Biedermann. It is no coincidence that there are frequent representations of butterflies on ancient tombs. Even the god of sleep, Hypnos, often wears butterfly wings and thus a whole host of small creatures from the Invisible Realm.

Anna Cariad-Barrett, co-author of “Sacred Bee, Butterfly, Earthworm and Spider Medicine,” says insects are some of the oldest beings and teachers on planet Earth. And that butterflies show us how to go inside us to start a process of transformation, reconstruction, evolution. Connected to death-rebirth.

The butterfly in the cultures of the world

From ancient Mexico to China, the butterfly has always been highly regarded. In China, explains "The encyclopedia of symbols", symbolizes - the young man in love who sucks flowers and fruits. - But also long life and beauty.

In ancient Mexico it symbolized the flaming fire placed in relation to the image of the Sun. It was also - attribute of the god of vegetation Xochipilli - and associated with a stone knife represented the goddess Itzpapalotl. She is often found also on religious objects and buildings of the ancient pre-Columbian civilizations.

In Japan it is the symbol of the virgin and - two butterflies dancing together are a sign of a happy marriage - explains the Encyclopedia of Symbols.

Among the Native Americans, there were those who believed that the ancestors communicated through these insects and those who considered their presence a sign of joy and hope. Except for black butterflies, most often associated with the disease.

For the ancient Greeks psyché means soul but also butterfly. Not surprisingly, in various ancient monuments, the soul was represented with butterfly wings. And apparently the Celtic mythology he considered it a symbol of the soul.

- ancient Egyptians, who considered death a transitory phase, used to insert golden butterflies in tombs, explains “The butterfly: myth and beauty“. And apparently - they began the practice of mummification following the observation of the metamorphosis of the butterfly -.

If the butterfly is your guide animal

Numerous shamanic traditions believe in guide animals. Invisible allies, protectors, companions. Some of them support us from birth, others only in certain periods.

Tom Cowan's book "Shamanism" explains that it is not uncommon to find in tales of the creation of the Earth hints of a short period in which animals and humans spoke the same language. Until due to some accident, they separated.

However, some privileged individuals, the shamans, have regained this precious faculty. Their soul, traveling beyond time and space, manages to connect with animal spirits. But even modern practitioners, according to the book, can do it.

As a guide animal, the butterfly is often seen as a catalyst for transformation. Ready for change and extremely adaptable.

If in a dream you see a butterfly

What does it mean to see a butterfly in a dream? Penney Peirce's very nice "Dictionary of Dreams for Denied" explains that the butterfly indicates transformation, growth in stages, the need for freedom. Or the need to be more tender and kind to yourself.

If seen in flight, it may indicate, among other things, a cheerful attitude. From a mental-spiritual point of view, the book suggests that the butterfly represents the essence of the soul and that it invites, in a dream, to pay more attention to one's most beautiful self.

add a comment of Butterfly: its symbolism in the different cultures of the world and how to interpret it in everyday life