Brewer's yeast is a well-known common product. It is used in particular to favor the preparation of salty or sweet foods but there are those who also appreciate it as a natural supplement. So let's discover all the properties, benefits and uses of brewer's yeast.

Il brewer's yeast it is a well known common product. It is used in particular to favor the preparation of salty or sweet foods but there are those who also appreciate it as a natural supplement. Let's find out then all the property, the benefits and the uses of brewer's yeast.

Il lievito Saccharomices cerevisiae, commonly known as brewer's yeast, owes its name to the fact that the unicellular microorganisms from which it is generated were used since ancient times for the craft production of beer. Currently this product is particularly appreciated for its leavening qualities that see it as the protagonist in the preparation of bread, pizza, focaccia, some types of desserts, etc.

But first let's see in what forms can we find brewer's yeast available.

Fresh brewer's yeast is found available in blocks in grocery stores and supermarkets inside the refrigerated counter. This product allows a leavening lasting a few hours which is usually considered completed when the dough has doubled its volume. It is advisable to use brewer's yeast after crumbling the dough and dissolving it in warm water. A 25-gram stick allows the leavening of a dough that involves the use of 500 grams of flour. It can be used both for savory recipes and for some sweets. It must always be kept in the fridge and consumed by the expiration date.

There is also a dry yeast version that it allows a very rapid leavening of the dough. This is instant brewer's yeast suitable for situations where you have little time available but still want to prepare some leavened product. 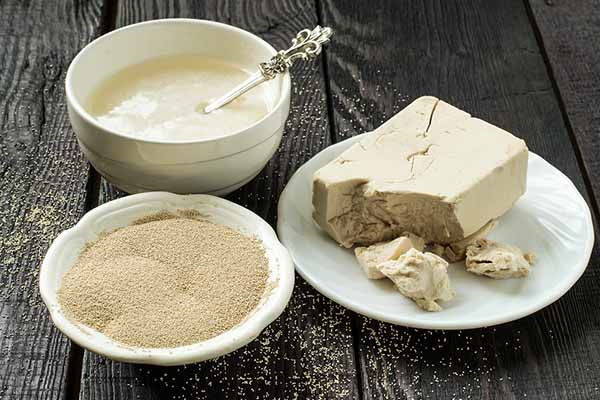 In pharmacies and herbalists there are some supplements in tablets based on brewer's yeast. These products are used for different purposes: with an energizing effect especially in the change of seasons, to improve the well-being of nails and hair, as supplements of B vitamins and much more.

Then there is the yeast in flakes. It is always Saccharomyces cerevisiae yeast but unlike the common fresh brewer's yeast, the alimentary one in flakes it can only be used for flavoringand but not to let the homemade bread. Flake yeast has in fact lost this ability due to the drying process to which it is subjected but it is an excellent natural supplement often recommended in the diet of vegetarians and vegans. In fact, in addition to being tasty, this yeast is also an excellent source of vitamins, minerals and essential amino acids, essential for the well-being of our body. For this purpose it is recommended to consume it raw so that you can fully enjoy all the properties.

Now let's see in detail the properties of brewer's yeast.

PROPERTIES AND BENEFITS OF BEER'S YEAST

Brewer's yeast boasts numerous properties, it is in fact of a natural product of high nutritional value so much so that it is considered to all intents and purposes a natural supplement and as such is often taken.

Given its fermentative properties, brewer's yeast helps intestinal functions e the balance of bacterial flora, for this reason it can also be recommended following antibiotic therapy to restore intestinal eubiosis.

It is also a natural product rich in mineral salts (including magnesium, potassium, iron, calcium, and selenium) and vitamins (in particular those of group B), which is why it is considered a remineralizing and energizing product as well as a valid help to improve the well-being of skin, nails and hair.

This yeast also plays a purifying function on the liver and thanks to the presence of folic acid (vitamin B9) it is considered an anti-anemic remedy as it contributes to the formation of red blood cells. It also contributes to keep blood sugar at bay and to keep the arteries clean.

It also comes often recommended for vegetarians and vegans as it increases the daily intake of protein (which we remember, however, can also be regulated with a veg diet that is varied and rich in other types of food).

In summary, the properties of brewer's yeast are the following:

• It is remineralizing and energizing

• Enhance the well-being of skin, nails and hair

• It cleanses the liver

• You have low blood glucose

• IS rich in proteins

The benefits of brewer's yeast are therefore highlighted above all at the level of:

As already mentioned, brewer's yeast is suitable for food use but in some cases it can also be considered a supplement and natural remedy.

In the kitchen the different forms of brewer's yeast on the market can be used for prepare at home: bread, pizza, focaccia, savory muffins, wraps and panzerotti, other than some types of sweets that need to rise out of the oven such as pancakes, donuts, donuts, babas, bagels and savory muffins as well as some types of cakes.

We therefore advise you to experiment with our recipes of sweet and savory preparations that can be achieved with mother yeast but also with brewer's yeast:

RYE BREAD: PROPERTIES AND HOW TO MAKE BLACK BREAD AT HOME

PIZZA DOUGH: 10 WAYS TO MAKE IT SOFT AND TASTY

SALTY MUFFINS: 10 RECIPES FOR ALL FLAVORS

10 TYPES OF HOME MADE SWEET DONUTS 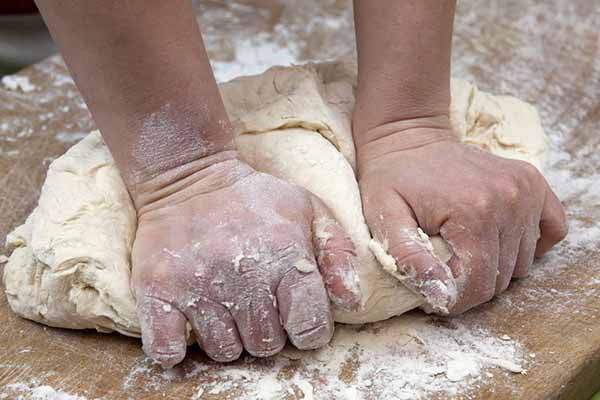 Brewer's yeast as a supplement is found available in the form of tablets, capsules or tablets. It is usually recommended during the change of seasons, to fight acne, in case of brittle nails and hair, to nourish the intestinal bacterial flora and treat colitis and constipation, to improve the immune system, improve the production of red blood cells and integrate vitamins. of group B. It seems that this product has purifying qualities in particular towards the skin and liver since it facilitates the elimination of toxins by our body.

You can therefore use the brewer's yeast capsules in case of:

• Integrate the B vitamins

• For a purifying action on the skin and liver

For its richness in B vitamins and mineral salts, brewer's yeast it is also often recommended for sportsmen. 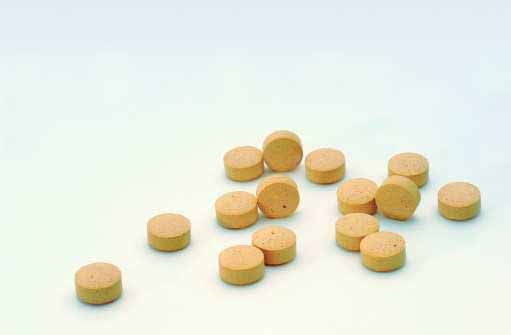 As we have said, the flake form of yeast can be used as a food flavor enhancer. It can accomplish a kind of vegetable cheese to be used instead of animal one on pasta, rice, etc., or you can add a tablespoon or two of this product on au gratin vegetables, tofu, soups and minestrone. There are those who also use it to make homemade sauces or to make vegetable chips or popcorn tastier, avoiding using salt.

Read also: FOOD YEAST IN FLAKES: 10 IDEAS TO USE IT AT THE BEST IN YOUR RECIPES 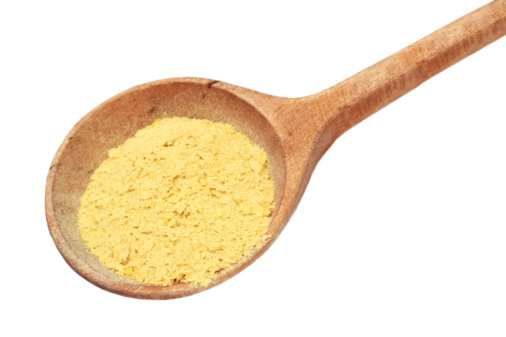 In summary, flake yeast can be used to flavor:

Since brewer's yeast is good for skin, nails and hair, you won't be surprised to know what this simple ingredient can be also used in some beauty recipes aimed precisely at improving the appearance and health of these parts of the body.

With a loaf of fresh yeast, for example, dissolved and combined with a jar of yogurt you can make one mask to keep for about 15 minutes on the face in order to regulate excess sebum. By dissolving it in a one and a half liter bottle of water, you can use it to make a last hair rinse allowing it to strengthen, be brighter, stimulating regrowth at the same time.

People who have it should avoid using brewer's yeast a hypersensitivity to this substance. The side effects that can appear when taking brewer's yeast or food products that contain it are intestinal swelling, bloating, intestinal pain, etc. Yeast in all its forms is absolutely not recommended for Candida sufferers or has recurrent episodes of malaise and disorders due to the proliferation of this fungus. This is due to the fact that this substance nourishes the Candida and therefore tends to make it multiply, creating problems of intestinal swelling and other discomfort in those who are predisposed.

There is a fantastic alternative to brewer's yeast: it is the mother pasta of which we have spoken to you several times, advising you to take it as a gift from those who have already used it for some time and also giving you some recipes (including the one to prepare it yourself, even in gluten-free version).

But what is better to use: brewer's yeast or sourdough? Draw your own conclusions by reading this article.

Read also: MOTHER YEAST VS BEER'S YEAST. ALL DIFFERENCES
Then they exist other types of yeasts suitable for some preparations rather than others, such as cream of tartar or leavening powder for desserts. To learn more, read here.

Edible yeast flakes: 10 ideas to use it at its best in your recipes ❯

add a comment of Brewer's yeast: properties, benefits and all uses