Breast cancer: can it also be fought with diet? 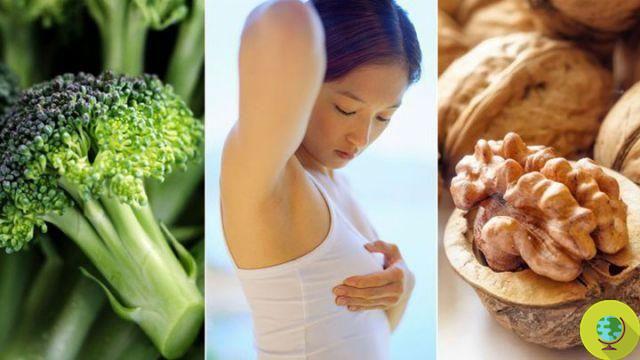 American research suggests that introducing fewer calories when you have breast cancer (triple negative) could be a way to prevent metastases from spreading.

In this period we speak more and more often of the relationship that is between nutrition and tumors, both in the preventive phase and once the disease has appeared. News on this issue was recently published in Breast Cancer Research, where an American research supports it the importance of fighting breast cancer even at the table.


The study was conducted by a group of researchers from Thomas Jefferson University (Philadelphia) coordinated by Nicole Simone. The experiment focused in particular on a particularly aggressive and dangerous type of breast cancer, known as triple negative (TNBC).

Unfortunately, a group of sick guinea pigs were given as a sample a diet consisting of 30% less food compared to the amount they used to eat. It was thus seen how this system reduced the likelihood that tumor metastases would grow and spread to other areas of the body.

I benefits of the diet, then, would be attributable to a decrease in daily calories and not some foods in particular. Introduce less food, according to Dr. Simone who had already completed studies on the subject, would go to enhance the effects of radiotherapy: “Caloric restriction promotes epigenetic changes in breast tissue that keep the extracellular matrix strong. A strong matrix creates a kind of cage around the tumor, making it more difficult for cancer cells to escape and spread to new parts of the body, ”said the doctor.

The experiment had positive results in mice. But will the same happen to humans? To understand this, Dr. Simone is selecting a sample of people who take part in a future research that will be called "CaReFOR"(Calorie Restriction per Oncology Research) and will better clarify the relationship between calorie reduction and tumor development.

Breast cancer: 17 chemicals to avoid and 7 ways to protect yourself

- Breast cancer: it is prevented by walking and eating healthy

add a comment of Breast cancer: can it also be fought with diet?