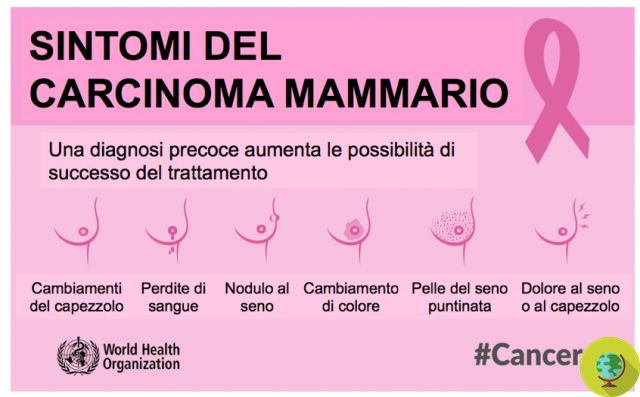 According to a Swedish study, there is a connection between the intake of cadmium through diet and breast cancer. And the fault could be fertilizers

Breast cancer and cadmium. There would be a link between the two, unfortunately. According to new research conducted by Karolinska Institutet, the presence of this substance in our diet increases the risk of contracting the disease. And what worried the Swedish experts was theuse of cadmium in agricultural crops through i chemical fertilizers.


The research was based on the study of the eating habits of 55.987 women of Uppsala and Västmanland carried out in 1987. The researchers estimated the amount of cadmium that the women consumed through food, based on the cadmium content of each individual food product they consumed. Over the course of 12 years of follow-up, 2.112 cases of breast cancer in the postmenopausal period were recorded.

The researchers then divided the participants into three groups according to theirs dietary intake of cadmium. In this way, they found that the group with the highest cadmium intake had a 21 percent increased risk of developing breast cancer compared to the group who had consumed lower amounts of cadmium in their diet.

"It has long been known that cadmium is toxic and, in certain forms, carcinogenic", has explained Bettina Julin, doctoral student at the Karolinska Institutet. “Our point of inquiry was whether there was any connection between diet and cadmium, in particular, breast cancer. At the same time, we must remember that cadmium concentrations in food are generally very low and that there are several other scientifically proven causes ”.

But the fear of experts is linked to the increase in cadmium in foods cited for other external factors, such as the use of fertilizers. "Certainly we cannot advise women to eat only certain types of foods, indeed, it seems that wholegrain products and vegetables are able to protect against cancer", said the lead researcher. Agneta Åkesson. "On the other hand, these results are interesting in the current debate on what levels of cadmium are tolerable in the environment, taking into account the health risks". According to the expert, the increase of this substance in agricultural crops affects cereals, bread, potatoes and vegetables. Which is why foods that normally keep us away from cancer would end up generating the opposite consequences.

add a comment of Breast cancer: Cadmium in fertilizers increases the risk