Bread of the Essenes: how to prepare bread baked in the sun 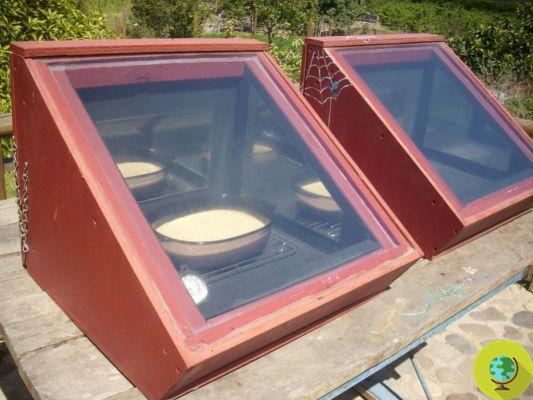 The Essene bread, bread of the Essenes o bread baked in the sun recalls ancient traditions and peoples of the past. The Essenes are a Jewish sect that lived in the XNUMXnd century BC and are considered the forerunners of raw food. It is essentially a raw bread because it is not subjected to high temperatures, as it happens in the case of baking. The bread recipe of the Essenes usually involves the use of sprouted cereals.

Avoiding the classic oven cooking allows you to better preserve the nutrients present in cereals. Sun-baked bread or bread of the Essenes is also known as raw bread. Those who follow a 100% raw food diet choose not to eat foods that have been exposed to temperatures above 42 ° C. This allows them to preserve the vitamins, minerals and enzymes present in the food.

La sprouting of wheat or other grains, for example buckwheat, allows to make these foods more digestible, even without the classic cooking. A simpler preparation of sun-baked bread involves using wholemeal flour. You will be able to experience the first preparation of bread baked in the sun, which comes in the form of rather thin crackers, to which you can give a rectangular or rounded shape.

We now have it available kitchen robot which allow you to easily chop grains and sprouts e dryers which allow you to prepare Essene bread without the need for sun exposure. But during the summer and if you have the opportunity, you can try to prepare your bread baked in the sun, placing the biscuits on an oven grill or on a net, such as a mosquito net, and exposing them to the open air, even on the balcony if it is located in a sunny spot.

This recipe is one very simple version to prepare bread baked in the sun. You will get thin and crunchy biscuits. The suggestion is to flavor them by adding aromatic herbs, preferably already dried, perhaps by you, such as oregano, thyme, rosemary or marjoram.

All you have to do is pour the flour into a large bowl and gradually add water, as for normal bread dough. For example, you can choose wholemeal spelled flour or wheat. Add your favorite aromatic herbs to the mixture. Everything must be smooth and homogeneous, without lumps.

To soften the dough, add a little more water. If it appears too sticky, add more flour. Roll out the dough into one very thin pastry, with the help of a rolling pin or the machine to roll the dough. Take into account to form some cakes with a thickness of about 3 or 4 millimeters (it is useful to use a glass with a moistened edge as a "mold"). Then arrange them on parchment paper, or directly on an oven rack or on a mosquito net type fabric and let them dry in the sun on a beautiful warm and sunny day. The alternatives are the dryer and the oven at low temperatures.

Bread of the Essenes: recipe with cereal grains

To prepare the bread of the Essenes following a recipe as close as possible to the original you will need:

Among the grains that you can use for the preparation of Essenes bread we find above all the farro and buckwheat, but you can also use other cereals, depending on your tastes. Leave the cereal grains to soak overnight.

Then drain them and let them sprout in a sprouter (also do-it-yourself) for 24-48 hours, until the shoot length is about half a centimeter. At this point you will need to have a food processor, or a meat grinder, to use them finely chop. You will add a little water to the mixture to make it easier to work with.

Now you can form some biscuits (it is useful to use a glass with a moistened edge as a "mold"), spread them on the baking paper and place them in a very sunny place. If you want, you can add chopped fresh or dried aromatic herbs during preparation. The times can be quite long. Cooking in the sun can take up to a whole day.

The alternative is to use a dryer until the desired consistency is obtained or use the oven at a temperature of 40 ° C. But cooking in the sun, when possible, is decidedly more ecological. Taste the crackers to check their crunchiness before serving.

Bread baked in the sun and the bread of the Essenes they can be kept for a few days at room temperature, in a paper bag. During preparation, turn the biscuits from time to time so that they dry better on both sides. THU other useful information.

Cooking with the sun

add a comment of Bread of the Essenes: how to prepare bread baked in the sun