Brain tumor: 'key to access' found to cure the most severe form, glioblastloma 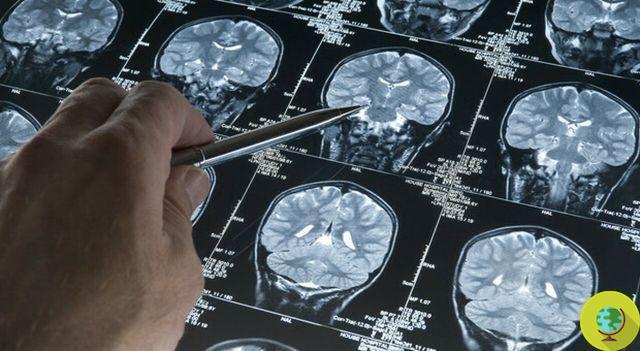 Scientists have replicated glioblastloma in vitro and made it grow by observing its behaviors and reactions to drugs.

Glioblastloma is still synonymous with 100% mortality. A brain tumor that leaves no hope, closed as it is in an impenetrable shell. Yet there are those who open the doors to the hope of new therapies: some scientists have replicated the tumor in vitro and made it grow by observing its behavior and reactions to drugs.


They are the researchers of the Genomics and Transcriptomics Laboratory of the Pisana Foundation for Science who, led by Chiara Maria Mazzanti, conducted a study within the project "Optical metabolic imaging of glioblastoma patient derived organoids to assess treatment response and disease progression" , which will soon be published in an industry scientific journal.

The glioblastloma "has always been a safe without a combination, but we have found an access key - announced Mazzanti to La Nazione - thanks to international collaborations and multidisciplinary skills also present here in Pisa, such as the Nest laboratories of the Scuola Normale, the 'Pisa University Hospital, Livorno Hospital, Cnr ”.

Glioblastoma (gbm) is a high-grade brain tumor characterized by a poor prognosis, often with a survival below two years. As stated on the Foundation's website, the etiology and pathogenesis of GBM are still unclear. GBM is the most common tumor of glia, accounting for 53,8% of all gliomas. Among all human cancers it is one of those with the highest mortality. Despite aggressive treatment at diagnosis, which consists of surgical removal followed by radiation with concomitant and subsequent adjuvant chemotherapy with temozolomide, the cancer steadily recurs or progresses, with a median patient survival of 14,6 months. These features make GBM the most aggressive and lethal of all human cancers.

But now the researchers may have found an "access key": for the first time they entered the glioblastoma starting from a human biopsy.

"We have grown the tumor in vitro to observe it as it develops and understand its mechanisms, managing to create a model that will allow us to study how this tumor responds to drugs."

By doing so, it is hoped that every patient who is affected will one day have their tumor replicated in vitro to be tested with drugs and find a personalized therapy.

Pancreatic cancer: how cannabidiol triples the chances of survival ❯

add a comment of Brain tumor: 'key to access' found to cure the most severe form, glioblastloma