Blood group diet: does it have scientific validity?

The theory behind the blood type diet is false, according to Canadian researchers

For many years now we have been talking about the blood group diet, conceived by the naturopath Peter D'Adamo that through his book "Eat Right for Your Type”Spread this food theory according to which depending on their own blood group of belonging there would be some recommended foods and others not recommended.


Our blood patrimony and consequently also what we should prefer in terms of food, would be one legacy inherited from our ancestors (carriers of the different blood groups) that in the various historical periods have been hunters (group 0), farmers (group A), shepherds (group B) until you get to 'modern era where the hybrid would be born AB group.

A curious but intriguing hypothesis, as defined by the same researchers who then declared it devoid of any foundation publishing their results on Plos One: “The hypothesis was intriguing, so we put it to the test. But after evaluating so many people I believe it is correct to say that the theory behind the blood type diet is false, ”said Ahmed El-Sohemy, professor of nutrigenomics at the University of Toronto, who decided to analyze D'Adamo's theory involving about 1500 people in his study aimed at understanding whether the blood group diet could have scientific basis or not.

To do this El-Sohemy has analyzed and cataloged all the information provided by the participants, (very detailed on the usual consumption of food and drink) in relation to their blood type. Each was assigned a score based on the correspondence that there was with the diet proposed by D'Adamo for their specific group. The diet was then related to the most important markers to assess the health of each person: for example, the values ​​of cholesterol, triglycerides and blood sugar. 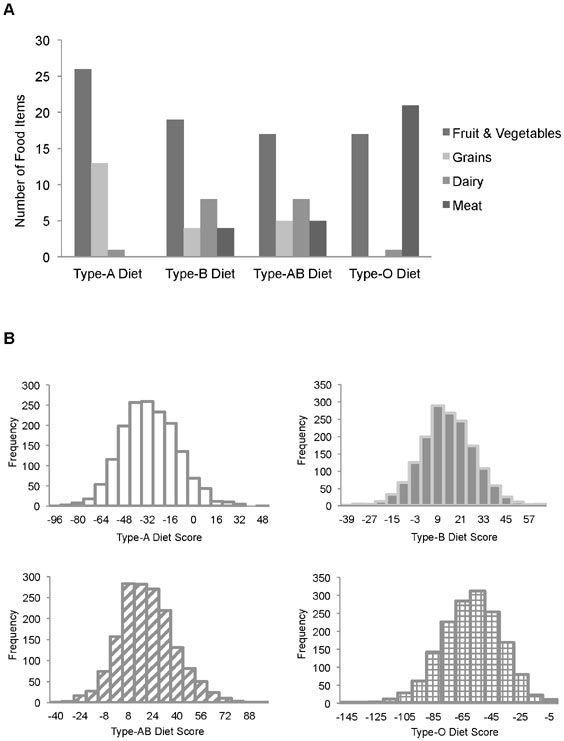 The researchers started from the assumption that, if the theory was correct, those who followed the diet recommended for their blood type must have risk parameters almost zeroed. What we have seen, however, is that often this was not the case: “Adherence to the different regimens proposed in the blood group diet is associated in some cases with positive cardiometabolic profiles, but without any link with the blood group to which they belong. In practice, it is the type of diet proposed that is healthier in itself and this may explain why there are people who claim to be better off following the blood type diet. However, the way an individual responds to a vegetarian or low-carbohydrate diet has nothing to do with the blood group they belong to, but with their ability to adapt to that specific diet "said El-Sohemy. .

According to the researchers, D'Adamo's would be a reductive vision of health, our genetic heritage, in fact, is much more complicated than what can emerge from the analysis of a blood group.

Some Belgian researchers had also reached the same conclusion in recent months who had focused on a review of 16 previous studies, publishing the results of the comparative analysis in the American Journal of Clinical Nutrition.

22 day diet: how it works, what to eat, examples and CONTRAINDICATIONS ❯

add a comment of Blood group diet: does it have scientific validity?