Bisphenol S: is the bisphenol A substitute equally harmful? 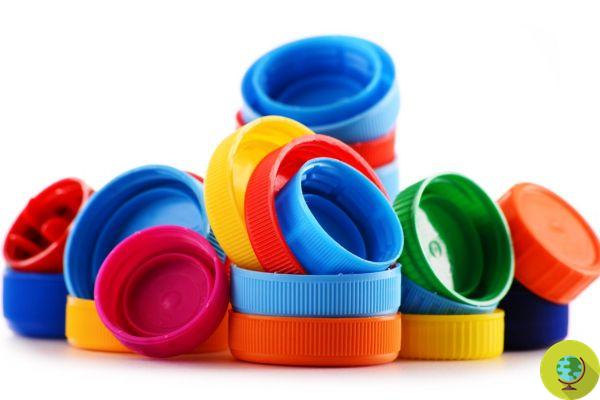 Bisphenol S. Bisphenol A, a substance used for the production of plastics and already banned by some countries of the world, due to its correlation with obesity, childhood hyperactivity, genital malformations and the ability to interfere with human hormones and correct development of the fetus, it seems to have quickly found an equally suspicious substitute, whose possible harmful effects on health are now being studied. This is bisphenol S.

Il bisphenol A, substance used for the production of plastics and already ban from some countries of the world, due to its correlation with obesity, infantile hyperactivity, genital malformations and the ability to interfere with human hormones and the correct development of the fetus, seems to have quickly found a equally suspicious substitute, the possible adverse health effects of which are now being studied. This is the bisphenol S.

Companies that have decided to replace bisphenol A with bisphenol S in the production of plastics, and not only, often used by the food industry and in the production of food containers, plastic bottles, tin cans e bottle including, they probably didn't make a really sensible choice from the point of view of safeguarding our health.

Da recent studies in fact it emerged as bisphenol A (BPA) and bisphenol S (Bps) both appear particularly versatile in the production of industrial materials, given theirs similar structure. Their use in the creation of everyday objects brings our exposure to these substances to very high levels. It is likely that many of the companies that have declared their products like “BPA Free” they were using in their manufacture of the BPS, whose presence in the urine of citizens from the United States, China, Japan and five other Asian countries was confirmed by analyzes conducted in 2012.

According to research conducted by the University of Texas Medical Branch, BPS is similar to BPA in an even more problematic way. Like BPA, BPS would interfere with the response of cells to the hormones estrogen, modifying the processes of cell growth and death and the hormone production itself. As in the case of the BPA, the BPS would accomplish these effects even at a low level of exposure.

The study in question was published in the pages of Environmental Health Perspectives and reports on quantities of BPS equal to the levels of this substance that can be generated through a passage of the same from the container to its contents. The experiments involving BPS were conducted on human cells grown in the laboratory. In this way, the US researchers were able to examine, among other things, the ability of the BPS to activate some proteins linked to cell death processes and the promotion of release of prolactin, hormone that stimulates lactation, that is the secretion of breast milk by the mammary gland, and which influences various other functions of the organism.

Following the studies conducted in the laboratory, the experts were able to observe the action of the BPS as hormonal interfering. Low BPS levels are capable of interfering with the natural action of estrogen hormones in a very similar way to what has been observed in the case of BPA. This has been defined by the experts themselves as a real cause for concern. Should we expect to find on the market products indicated as both "BPA Free" and "BPS Free"? Are BPA and BPS really irreplaceable?

Plastic e alimony: how to recognize plastics not to be used with food...

Reuse bottles of plastic is the water safe?

Dishes of plastic: be careful to use them with hot food

Bissap: the traditional Senegalese recipe for a drink with dried hibiscus flowers ❯

add a comment of Bisphenol S: is the bisphenol A substitute equally harmful?