Bikram Yoga: Practicing in a heated room does not offer greater benefits 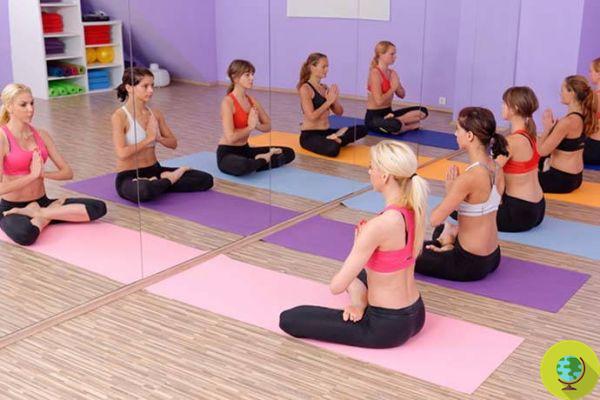 Do you know Bikram Yoga? It is a particular type of yoga in which the participants practice inside a heated room, thus promising greater benefits. But one study disproves that high temperatures really affect health.

Those who practice Bikram Yoga always feel very hot. The room in which the 26 postures and the two breathing exercises of his "repertoire" are practiced is in fact heated to about 40 degrees Celsius. The popularity of this type of yoga is growing day by day around the world mainly because it is believed that practicing in high temperatures is a method of increasing the health benefits of yoga.


A new research, conducted by Texas State University in collaboration with the University of Texas at Austin and published in Experimental Physiology, wanted to verify how much truth there is in this belief.

For the study, the scientists recruited 52 participants aged between 40 and 60 divided into 3 groups. The first two practiced 90-minute Bikram yoga classes three times a week for a period of 12 weeks (the first group in a room heated to 40 degrees Celsius and the second group at 23 degrees Celsius or room temperature). Finally, the third group was the control group.

A non-invasive measurement of changes in endothelium-dependent vasodilation (the endothelium is a layer of cells lining the inside of blood vessels) showed that both yoga groups found improvements in their arterial lining while the control group, who he had not practiced, he had not achieved any change.

In essence, the results showed that there are actually many benefits of this yoga practice, such as the ability to reduce the risk of progression of heart disease and atherosclerosis, a pathology in which the accumulation of plaque in the arteries can cause heart attack or stroke. .

The surprise, however, was that all these effects were completely independent of the room temperature, the additional heating had in fact not increased the benefits in any way. Among other things, the researchers point out that high temperatures could be dangerous for people with already existing heart problems.

Basically yoga postures alone, in the absence of a heated practice environment, can improve cardiovascular health.

And it is certainly not the first time that yoga has been linked to a series of health benefits, but the good news today is that it seems that it is not necessary to suffer while practicing at 40 °! In fact, the positive effects are all there even in normal conditions, we remind you of the main ones:

Bill Clinton goes vegan to live longer and save the heart ❯

add a comment of Bikram Yoga: Practicing in a heated room does not offer greater benefits