Melittin, a major component of bee venom, can induce cell death in some types of breast cancer.

Honey bee venom can quickly kill the most aggressive and difficult to treat breast cancer cells. According to a potentially revolutionary new Australian research, in fact, it is above all the melittina, the main component of venom, to induce cell death, particularly in triple negative aggressive breast cancer subtypes.


The research comes from the Harry Perkins Institute of Medical Research ried and was published in Nature Precision Oncology and comes to an exciting result: when combined with existing chemotherapy drugs, the main component of the venom is extremely efficient in reduce the growth of a breast tumor.

This is why researcher Ciara Duffy, leading the study, hopes the discovery will lead to the development of a treatment for triple negative breast cancer, which accounts for 10-15% of all breast cancers and for which no clinically effective targeted therapies currently exist.

Using venom from 312 honey bees and bumblebees from Perth, Western Australia, Ireland and England, Duffy and her staff tested the venom's effect on clinical subtypes of breast cancer, including triple negative breast cancer, which has options. limited treatment.

Duffy said the aim of the research was to investigate the anti-cancer properties of honey bee venom and a constituent compound, melittin, on different types of breast cancer cells and showed that a specific concentration of the venom killed 100% of triple negative breast cancer and breast cancer cells with HER2 overexpression within 60 minutes, while having minimal effects on normal cells.

“We found that both bee venom and melittin significantly, selectively and rapidly reduced the viability of triple negative breast cancer and HER2-enriched breast cancer cells. The poison was extremely powerful, ”concludes Duffy.

A specific concentration of bee venom can induce 100% cancer cell death, while having minimal effects on normal cells.

"We found that melittin can completely destroy cancer cell membranes within 60 minutes." Plus, within 20 minutes, melittin was able to substantially reduce the chemical messages from cancer cells that are essential for cancer cell growth and cell division.

"We looked at how bee venom and melittin affect cancer signaling pathways, the chemical messages that are critical for cancer cell growth and reproduction, and found that these signaling pathways were very rapidly interrupted. 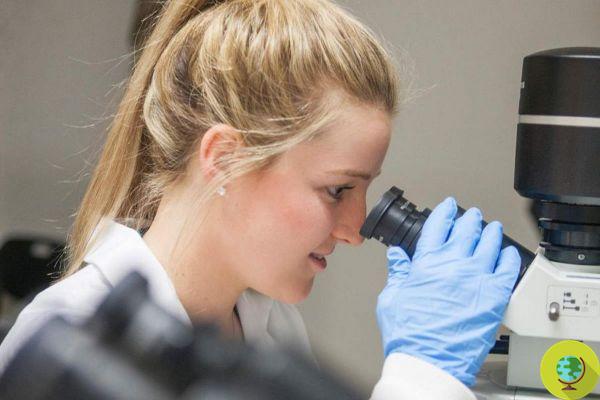 Significantly, this study demonstrates how melittin interfere with the signaling pathways within breast cancer cells to reduce cell replication and provides another wonderful example of how compounds in nature can be used to treat human diseases, unanimously conclude the experts, who also discovered how melittin can be used with small molecules or chemotherapies, such as docetaxel, to treat types of highly aggressive breast cancer.

In the future, studies will be needed to formally assess the optimal method of administering melittin, as well as toxicities and maximum tolerated doses.

True love comes at the right time: don't beg for it, don't be manipulated ❯