Swiss company Holle has withdrawn some food products intended for children due to alkaloid contamination. The recall of the products was announced by the company itself through its website.


The Swiss company Holle withdrew some foodstuffs intended for children due to contamination da alkaloids. The recall of the products was announced by the company itself through its website.

To be on the safe side and exclude any risk for very young children who are given the indicated products belonging to Holle's baby food line, the company has decided to start a voluntary withdrawal of trade of the same. 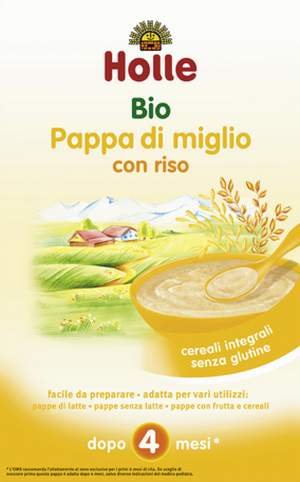 As the company points out, the goods in question have been blocked in the warehouse and was no longer delivered to retailers. Holle instructed its retail partners to take the merchandise off the shelves immediately.

Customers who have purchased Holle millet porridges and have them at home can return the products to the point of sale where they had been shopping. Here, as the company itself points out, they will receive the relative reimbursement.

Therefore, if you have purchased one of the Holle products belonging to the indicated lots, you can return it to the store and you will be compensated. Do not consume the products purchased to avoid health risks for the little ones.

The company apologizes for the inconvenience caused and delves into the topic of contamination by tropane alkaloids. He points out that at present there is no unique measurement tool made available by an official body to prove the presence of such substances.

Holle explains that tropane alkaloids are natural substances from the seeds of weeds present in millet crops. The European authorities have defined the traces of these seeds as unwanted in food, but there is still no valid tool for official detection of these substances. Therefore, as a precaution, the contaminated products are recalled.

The Federal Institute for Risk Assessment (BFR) never became aware of any cases of infants, young children and people of other ages in which they occurred until November 2013 Health problems following the consumption of products that contained traces of alkaloids.

The Holle company carries out a large-scale monitoring of tropane alkaloids. These measures have already been introduced a few months ago. Finally, he claims to have developed further measures for the technical-physical elimination of the seeds of plants that produce tropane alkaloids.

Click Thu per more information on the recall of Holle products.

Paprika: properties, uses and benefits of the sweet and spicy spice ❯