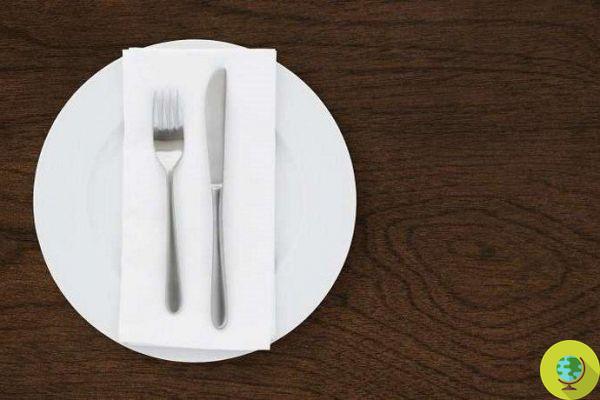 Every time we eat, we ingest over 100 pieces of plastic. This was revealed by a study conducted by the University of Heriot-Watt in Edinburgh

Every time we eat, we ingest over 100 pieces of plastic. This was revealed by a study conducted by the University of Heriot-Watt in Edinburgh.


Plastic, which can come from furnishings and synthetic fabrics, is part of the household dust that ends up on dishes and is consumed. Researchers found this after placing Petri dishes containing sticky dust traps on the table, alongside dinner plates in three homes during meals.

At the end of each meal that lasted about 20 minutes, up to 14 pieces of plastic were found in the plates, the equivalent of 114 plastic fibers that fell on the plate during an average lunch, given their much larger size.

Based on these data, the scientists concluded that an average person swallows up to 68.415 potentially dangerous plastic fibers per year simply by sitting down and eating.

The researchers tried to compare the plastic fibers present in mussels with those of an average meal consumed by a family. They found less than two microplastics in each mussel probably absorbed by the marine environment. Thus, they concluded that an average person can expect to consume 100 plastic particles per year by eating these shellfish. The problem does not concern mussels since the ingested fibers will be from 13.731 to 68.415 in a year due to house dust.

Dr. Ted Henry, senior author of the study and professor of environmental toxicology at Heriot-Watt University, has explained:

“These results may surprise those who think that plastic fibers in seafood are higher than those found in household powders. We do not know where these fibers come from, but it is likely that it is inside the home and in a larger environment ”.

In fact, according to the authors of the study plastic fibers found in home cooked meals come not from food but from house dust.

Eat it is how humans can ingest this dust, as well as breathe it from the air.

Julian Kirby, of Friends of the Earth, added: “Plastic microfibres are found in the dust in our homes and the air we breathe can come from car tires, carpets and soft furnishings, as well as fleece clothing and jackets. We urgently need the government to adopt an action plan to put an end to plastic pollution, also studying the possible impacts of environmental plastic on human health ”.

Until we reduce our dependence on plastics, this will be another consequence we will face.

In Pescara 180 children intoxicated in school canteens: the fault of a bacterium present in the meat ❯

add a comment of At each meal we ingest at least 100 plastic particles: the shock study