Arsenic alarm in the urine of children who often eat rice

Rice increases arsenic concentrations in the urine of children who consume it often.

Rice increases concentrations of arsenic in the urine of children who consume it often.


This was revealed by a study on 'Jama Pediatrics', conducted by the Dartmouth College School of Medicine which found that children who eat rice and its derivatives have arsenic in their urine up to twice as high compared to those who don't take it at all.

Rice has always been one of the products recommended by pediatricians, but now this research puts it on the dock, the presence of too much arsenic in the body increases the risk of tumor to the skin, lungs and bladder and can affect the immune system and neurological development.

The same arsenic is also used in the herbicides and pesticides and rice is a cereal that absorbs this chemical element more than other crops.

The study interested 759 children, born between 2011 and 2014 in New Hampshire, up to 12 months of age, associating their diet with the concentration of arsenic in the urine. 80% of these children started eating rice in the first year of life and 64% of these between the fourth and sixth month. 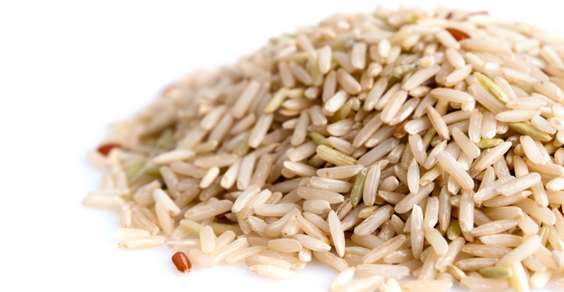 Our study shows that rice consumption increases infants' exposure to arsenic more than the WHO recommended for this population group, according to the research.

According to the researchers, brown rice contains 80% more arsenic compared to the white one, because the chemical substance accumulates in the outer layer of the vegetable which is eliminated during processing to obtain the latter.

White basmati rice from India, Pakistan and California contains the lowest doses. Some iron-rich cereals such as oats, barley and wheat can be an alternative for feeding children. The advice, especially with younger children, is to avoid the exclusive consumption of rice-based foods, they continue.

In this sense too Europe had already expressed itself, lowering the concentration of inorganic arsenic in rice-based baby products. Until 2017, doses ranging from 0,15 to 0,2 mg / kg of rice will be tolerated, after the concentration it will necessarily have to drop to 0,1 mg / kg. Also there Food and Drug Administration (FDA) has submitted the proposal to introduce the same barrier of 0,1 mg / kg for public consultation.