Are you stressed out? Smell your partner's shirts, word of the scientists 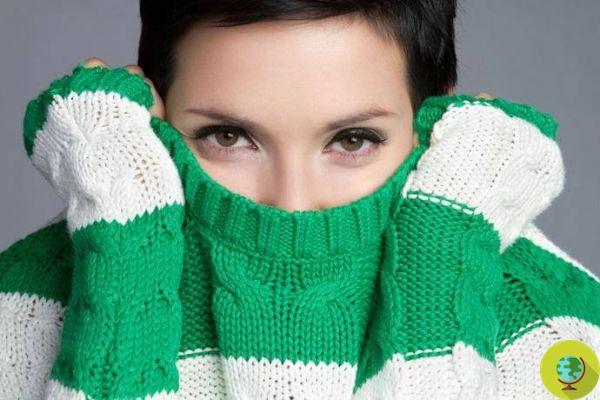 The smell of your loved one's skin performs an important anti-stress function - the results of a scientific study.

In the movies, the story is more or less this: she or he goes away (for a trip or forever) and, whoever stays, consoles himself (or despairs) by hugging and smelling a t-shirt, a pullover that the other or the other had worn.


Let's face it: it's so romantic and a bit sweet-hearted, for some perhaps a bit "loser" and addicted. So much "rogue nostalgia" that strikes down on an unconscious fetish, full of smell, which would be worthy of ending up in the washing machine (but no, so as not to lose the "essence").

Yet it is not just "scene". Because if it is now known that - in a couple - the partner's perfume has an important reason for it (and couples who don't like each other, in the natural aroma of their skins, will hardly have a long life), no studio had yet in any way Its beneficial anti-stress effect is “certified”. Now there is, it was made by University of British Columbia and was published at the very beginning of 2018 in the Journal of Personality and Social Psychology.

In practice, the researchers recruited 96 straight couples. The men were given a T-shirt to use for 24 hours, without the accompaniment of deodorants or perfumes; on that day they could neither smoke nor eat certain foods (which could affect the taste and smell of the skin). The t-shirts were then frozen.

At this point, the 96 women were asked to smell three shirts (of their loving partner, a stranger, and a known but emotionally neutral person); soon after, each was exposed to a challenging event (a mock job interview, a math test).

Conversely, if the women had been exposed to odor from a stranger, the cortisol and stress levels were elevated. A curiosity: the authors of the research stated that they have chosen women as "sniffers" because they tend to have a better sense of smell than men.

However, one certainty remains for everyone: having a familiar, pleasant smell around them increases personal well-being and reduces stress. The natural scent, including sweat, of the loved one's body becomes a kind of beneficial aromatherapy. Effective against the "wear and tear of modern life".

This is why many people sleep on their partner's side of the bed when their partner is away. The same goes for those who stray: packing a piece of clothing worn by your loved one can help reduce stress levels. Waiting to come home and smell, live. Long last. And finally justified (also, for those who feel the need) by science.

Are you stressed out? Your body's warning signs that you shouldn't ignore ❯

add a comment of Are you stressed out? Smell your partner's shirts, word of the scientists