Are you left handed? It's all about genes and brain asymmetry according to this new study 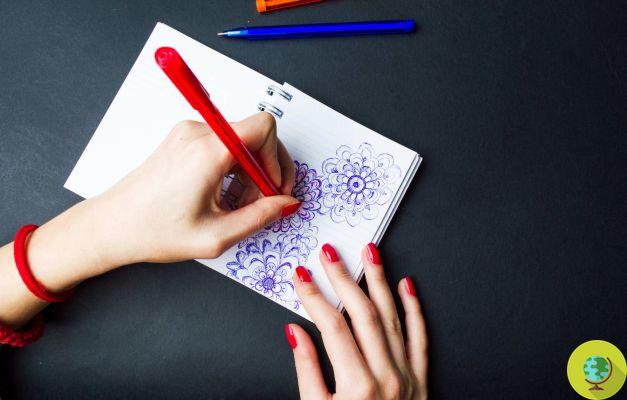 Why are some people left handed? It still remains a mystery, but new pieces are added periodically by scientific research. According to a new study, left-handed people show a shift to the right in brain asymmetry, and this link has a genetic origin.


You have surely noticed that left-handedness is rare (only 10% of the population has this characteristic). Science has not yet fully understood the causes but one thing is certain: manual skills, whether it is better on the left or on the right, does not derive directly from the hands. (Read also: Why are only 10% of us left handed? What science has discovered to date)

It is impossible to tell if a person is left-handed or right-handed simply by looking at their hands. In fact, there are no noticeable differences in the bones, muscles, tendons or other parts.

To do this, the researchers analyzed brain imaging data of 28.802 right-handed and 3.062 left-handed people obtained from the British biobank. The UK Biobank is a large set of psychological and neuroimaging data obtained by volunteers in the UK, available to scientists around the world.

More specifically, the authors of the study analyzed the asymmetries in the structure of the brain (in all areas) as well as the genetic variation linked to manual skills and brain structure, then superimposing all the data. Considering the large sample used, the researchers are very confident in the results obtained.

In a second step, the researchers investigated which genetic factors were linked to asymmetries in brain structure in areas that showed differences between left-handers and right-handers. They found that for two brain regions, the increased genetic disposition for left handedness was significantly associated with a rightward shift in brain asymmetries, suggesting a genetic link between left-handedness and asymmetries in the structure of the brain.

The study results have been published in Biorxiv but the research has yet to be peer-reviewed.

He follows a vegetarian diet and defeats colon cancer ❯

add a comment of Are you left handed? It's all about genes and brain asymmetry according to this new study