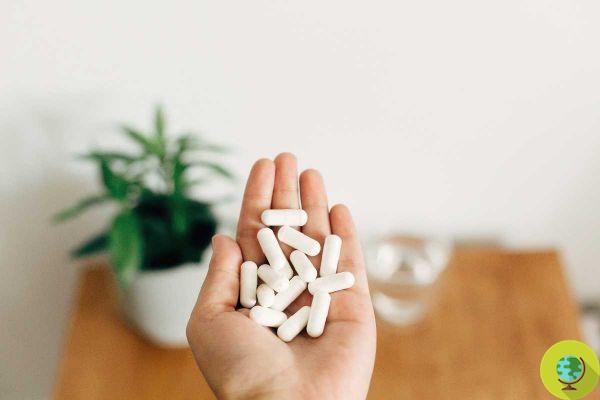 Magnesium, which has always been used as a supplement to improve sleep and counteract insomnia, may not be as effective

Magnesium, which has always been used as a supplement to improve sleep and counteract insomnia, may not be as effective


Il magnesium it is often advertised as an antidote to sleep. Although some doctors claim it is useful and effective to take it in supplement form to treat some sleep disorders, there is little evidence of its benefits in this regard.

Magnesium, an abundant mineral in the body, plays a vital role in many physiological functions. Helps support immune health, the regulation of blood sugar and nerve and muscle function. Some scientists suspect that magnesium deficiencies may contribute to poor sleep by disrupting nerve signaling and altering the levels of sleep-inducing hormones, such as melatonin.

But most people have sufficient levels of magnesium, as the mineral is easy to obtain if you are on a relatively healthy and balanced diet.

It is found, in fact, in a variety of plant foods such as nuts, vegetables, seeds, beans and yogurt; and, although many people do not reach the recommended daily dose, according to the search true magnesium deficiencies are rare.

Over the years, studies have looked at whether supplementing with this mineral can actually improve sleep. Most, however, were small researches, some of which were even poorly designed, making it difficult to draw firm conclusions. A review Systematics published in April looked at three clinical studies, which looked at magnesium supplementation for insomnia in 151 seniors, concluding that supplementation did little to improve sleep quality. (Read also: Supreme magnesium®: what it is for, properties, doses, intake and contraindications)

In one study published in 2012, the researchers recruited 46 seniors with chronic insomnia and divided them into two groups. One group had to take 500 milligrams of magnesium every day for eight weeks and the other a placebo. At the end of the study, the researchers found that compared to the placebo group, people taking magnesium were more likely to report improvements in "subjective" measures of insomnia, such as how quickly they fell asleep and the number of times they fell asleep. they woke up early in the morning. But those taking magnesium showed no difference in total sleep time.

In general, magnesium appears to have minimal side effects and taking low doses is unlikely to cause much harm. According to the Institute of Medicine, healthy adults can safely take up to 350 milligrams of magnesium per day. Anything at or below this level is unlikely to cause any adverse health effects. But at higher doses, magnesium can cause gastrointestinal problems such as diarrhea.

An example where magnesium is actually useful and recommended is in patients who have the restless legs syndrome, a nervous system disorder that causes an irresistible urge to move the limbs, usually at night, which can be highly disturbing to sleep. In this case, magnesium can make a difference because helps the nerves to properly transmit electrical signals, although the evidence of its restless legs benefits is still limited and mixed, and it may not work for everyone. (Read also: Magnesium: the 10 best plant sources)

A little study of 1998 found that people who had this syndrome had fewer sleep disturbances after taking magnesium. However, a more recent systematic review concluded that it's unclear whether magnesium can really relieve restless legs syndrome, more research is needed.

THEchronic insomnia, therefore, it is not something that can be solved with a pill, it is necessary to do a medical evaluation to understand the root causes. Often there may be other problems, such assleep apnea or, in some women it is a side effect related to menopause, or environmental inconveniences such as an environment that is too noisy, a dog barking during the night, and much more.

One of the most effective treatments for insomnia is the cognitive behavioral therapy, which helps people cope with underlying behaviors that disturb their rest. Therapies such as continuous positive airway pressure, for example, can help with sleep apnea; even medications, including supplements such as melatonin, they can be helpful in some cases, but a pill alone cannot cure insomnia.

Omega-3 supplements strengthen our immune system: the foods that contain them ❯

add a comment of Are magnesium supplements really effective against insomnia?