After a 220-year hiatus, a group of monks managed to bring a legendary medieval beer back to life. This was possible after finding the original recipe in the archives of Grimbergen Abbey, a monastery founded in central Belgium in 1128.

After a 220-year break, a group of monks will return to produce a legendary medieval beer, brought back to life thanks to the original recipe preserved in the archives of the Abbey of Grimbergen, a monastery founded in Belgium in 1128.


Since the founding of this abbey, the clerics of Grimbergen have spent centuries brewing beer. However, they were forced to stop when the abbey was destroyed in 1798. Now, however, they want to return to try their hand at the preparation of this much-loved drink and, to do so, they will use all the secrets that they managed to unearth inside the ancient preserved manuscripts. in their library.

Some of these date back to the XNUMXth century and deal with beer. They are written in Latin and Old Dutch which made it more difficult to quickly identify the ancient recipes and all the secrets to making the drink. The monks, however, firmly convinced that they wanted to resume brewing beer, worked hard with the help of volunteers to translate and find everything that was written about the ancient production of beer: ingredients, processing techniques, etc. 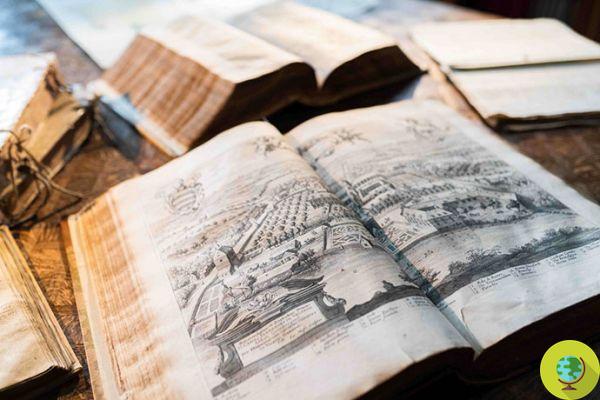 As Father Karel Stautemas, the prior of the abbey, said:

It took 4 years but now the beer revived, one ale (top fermented) which has an alcohol content of 10.8 degrees, was officially presented and the mayor of Grimbergen was able to sip the first mug of the new production.

Grimbergen is probably already a familiar word to beer lovers since Carlsberg has a licensing agreement to produce a beer known by this name and also known as "Fenice beer”This appellation is particularly representative also for the new production given that the original recipe was saved, a bit like the legendary animal, from the 1798 fire and is now reborn from its ashes!

The monks of the abbey will therefore return to prepare the beer of the past (there is always a collaboration with Carlsberg), combining medieval traditions found in the texts along with modern techniques to create limited edition beer.

Only some elements of the ancient recipe books will actually be used by the monks, for example the choice of natural and local ingredients and the absence of artificial additives. The new beer produced by the abbey will also undergo multiple fermentations and barrel aging to enrich its flavor. 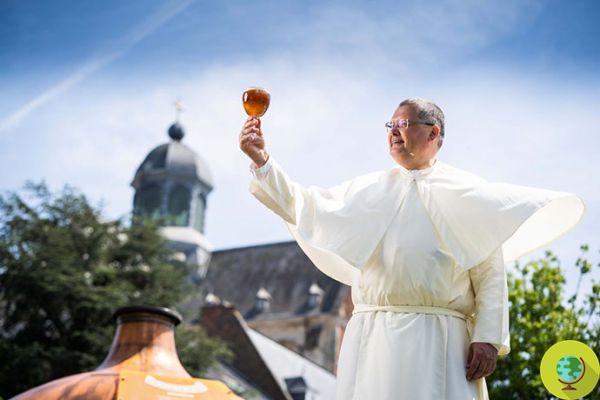 In short, it will not be exactly the same as the beer of the past ...

“I don't think people would like the taste of the beer made at the time now,” said Stautemas.

"In those days, regular beer was a little bland, it was like liquid bread."

However, the same yeast that gives a fruity taste will be retained from the recipe of the past and cold hopping will be used, dry-hopping, that is the technique that does not use boiling but leaves the hops macerating in the fermenter so as not to increase the bitterness level of the drink. After this first fermentation there is the decanting of the beer for a new fermentation after adding hops in the form of flowers.

The new brewery will be located within the abbey walls and will include a bar and restaurant for visitors. It is expected to open in 2020, with Karel and five or six other master brewers producing relatively small quantities of beer (3 million 330ml mugs per year) for a predominantly French and Belgian market.