Alzheimer's: Here comes the nutrient-rich drink that can slow dementia 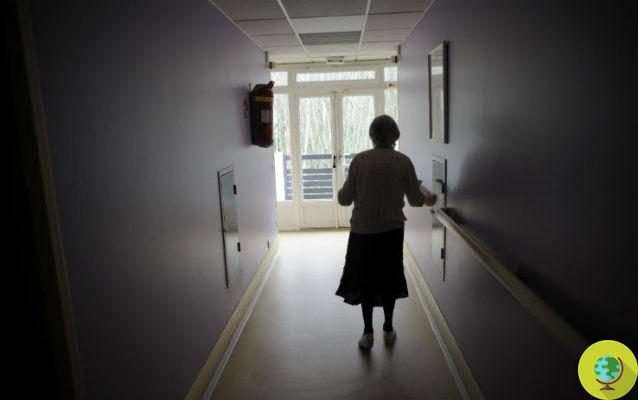 Omega 3 and vitamins, a mix of nutrients against Alzheimer's. Nutrition is a major modifiable risk factor in Alzheimer's disease. It is now scientifically established, in fact, that a certain type of diet can help prevent even such a degenerative disease.


And now a drink rich in nutrients would slow down mental decline: this is demonstrated by a European research conducted for two years on over 300 patients and included in the "LipiDiDiet project", a European initiative that aims to study the impact of lipids on cognitive performance, in particular on neuronal and cognitive performance in aging, Alzheimer's disease and vascular dementia.

Published in the journal "The Lancet Neurology", the study starts from an approach already demonstrated in the past (namely that fats have an effect on the risk of senile dementia) and would prove that a drink made up of a mix of nutrients, including omega-3, could curb mental decline in Alzheimer's patients if taken every day.

It is a "beneficial drink", called Fortasyn Connect, able to slow down the course of the disease, with omega-3 fats, B vitamins, antioxidants and other elements.

"Nutritional intervention - explains Hilkka Soininen, of the University of Eastern Finland, who conducted the research - can help preserve brain tissue, memory and patients' ability to engage in daily activities, which are considered the most significant aspects of dementia. ".

The abilities of the patients were then measured with the "Clinical Dementia Rating-Sum of Box" (or CDR-SB) scale, which measures the ability to perform everyday actions and from the results it emerged that those who have ingested each day the drink showed a reduced brain atrophy compared to those who ingested the placebo drink. In particular, he recorded an average difference of 26% in the volume of the hippocampus, the nerve center of memory. Additionally, those who hired Fortasyn Connect also retained better memory and daily task management skills.

"Although it is not a cure for Alzheimer's - underlined the coordinator of the" LipiDiDiet "project, Tobias Hartmann - the nutritional intervention has been shown to be effective in slowing down the neurodegenerative process and, the sooner it is undertaken, the greater the effect. the patient". The reduction of cerebral atrophy, in particular, "demonstrates that the effects of the drink go well beyond the reduction of symptoms, a goal never reached so far".

The research will have to go on and the drink approved. Meanwhile, our advice does not remain to always listen to the opinion of the experts and to be followed by a doctor, the only one who will be able to indicate the correct diet for each situation.

A mother's love is capable of moving mountains (in all species) ❯

add a comment of Alzheimer's: Here comes the nutrient-rich drink that can slow dementia