Alzheimer's: dementia can be diagnosed with a blood test, the revolutionary discovery 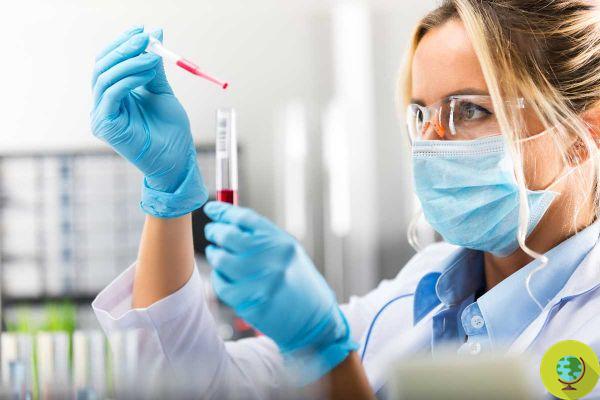 
Detect the Alzheimer's disease in those affected it is quite invasive, as long and complex examinations and procedures must be performed until the diagnosis is clear and precise.

A research team, on the other hand, is developing a blood test that will allow for a reliable diagnosis, using atomic force microscopy (AFM). The researchers recently published the first results of the study in the journal Science Advances.

The study conducted by physicist Peter Nirmalraj aimed to understand the molecular pathogenesis of Alzheimer's, to enable new diagnostic and therapeutic approaches.

The new research took it one step further as it deciphered the exact role of the beta-amyloid peptides and protein tau associated with neurodegenerative disease. Nirmalraj therefore set out not only to detect the mere presence of the suspect proteins, but also to determine their variable shape, as well as their quantity.

Current methods allow for the determination of the total amount of both proteins in body fluids. However, these techniques do not allow for visualization of differences in the shape and condition of the protein accumulations. The researcher is working on new technologies capable of enabling nanoscale observations in blood.

The pilot study looked at blood samples from 50 patients and 16 healthy subjects, using AFM technology the surfaces of about 1000 red blood cells per person were analyzed without knowing anything about their state of health.

The size, structure and consistency of the protein accumulations present on the blood cells were measured. After thousands of red blood cells, the team eagerly awaited the comparison of the results with clinical data from neurologists and, in fact, the researchers were able to discern a pattern that matched the stage of the disease: People with the disease had large amounts of protein fibers consisting of beta-amyloid peptides and tau proteins.

Thus, if a reliable blood test based on this method could be developed, people suspected of Alzheimer's would be spared the unpleasant puncture of the spinal canal, currently the only way to accurately diagnose the disease.

Alzheimer's: Scientists discover for the first time what happens in the brain when it goes wild ❯

add a comment of Alzheimer's: dementia can be diagnosed with a blood test, the revolutionary discovery