Also share negative emotions with your children, it will help them grow up without fear 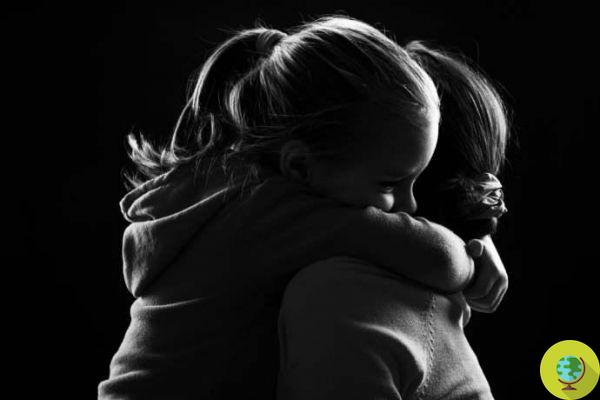 We often tend to close everything inside in front of our children, but experts speak instead of an "emotional education": sadness, anger or disappointments should rather be shared with them too


Talk, joke, laugh, but cry if necessary. Children need to know black and white, and not just those shades of gray when we are angry with them. Everything we put in our chapter "emotions" must also be part of our little ones, to make them grow without the fear of having to face the less beautiful side of life sooner or later. Unwise? Apparently not, in a healthy family there is also sadness.

According to research from Washington State University and the Universities of California at Berkley and San Francisco, it wouldn't do any good to hide arguments, despondency or stress, because in real life there is also that. The researchers have indeed analyzed the effects of emotional suppression of parents on socialization behaviors during parent-child interactions.

Parents often try to hide their negative emotions from their children, hoping to protect them. However, suppression has been linked to poor social interactions and is seen as particularly damaging in the context of parent-child relationships because it may hinder parents' ability to support the regulation of children's emotions.

The analyzes were subjected to 109 families with children between 7 and 11 years old. Both adults and children were connected to sensors to measure various indicators, such as heart rate and stress levels.

The children were given a series of instructions with pictures to build a Lego house and had to verbally instruct their parents without touching the Legos themselves. Qualified research assistants then coded parents' and children's positive and negative mood, responsiveness, warmth, parental guidance, and quality of interaction and found that suppression decreased mood, responsiveness, warmth and driving in the parents, as well as the mood, responsiveness and warmth observed in the children, and decreased the quality of the overall interaction. Furthermore, the gender of the parents played a significant role in moderating these effects: i fathers in the suppressed condition they were less responsive and warm than the control fathers; on the contrary, the children of mothers who "suppressed emotions" appeared less warm than the babies of mothers in control conditions.

Taken together, these findings suggest that the wanting to hide your feelings from your children can have unwanted negative consequences, but it can differ from father to mother.

All this means that when we are struggling with the anger that we do not bring out, we parents are unconsciously less attentive, less affectionate and less able to guide our children and this can be reflected in their attitude: the little ones who live with mothers and fathers who are stressed or angry, without hiding anything, have a close relationship with them.

"When in the air there is a reason for contrast and discussion that is not expressed - explains Sara Waters, a researcher who participated in the study - our children perceive that something negative has happened, but the fact that parents behave like if nothing had happened it sends conflicting messages and confuses them ".

A delicate mechanism, therefore, thanks to which our puppy would be easier to understand the cause-effect links between the events and emotional states of the reference adults. Obviously, the experts underline, it is necessary "not to transform one's sadness into inconsolable despair", because this would hurt the child who then feels too vulnerable.

What is there to teach? Regulate your emotions, listen to them and solve problems. It is not a trivial matter, on the contrary, but sharing one's emotions in a way that is functional to the abilities of one's little one could make him understand that even "superheroes" sometimes feel fatigue!

Sugar-free watermelon jam: the recipe for making it at home ❯

add a comment of Also share negative emotions with your children, it will help them grow up without fear