Aloe supplements, let's clarify the ban: no danger for products with pulp 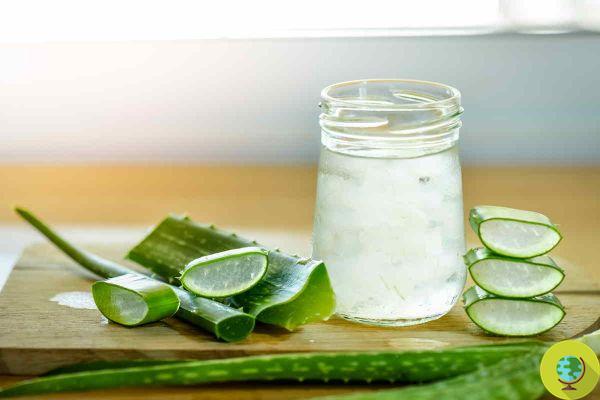 With Regulation no. 2021/468, the entire aloe plant was not banned, but the use of hydroxyanthracene derivatives was banned.

With the new Regulation no. 2021/468, which banned the use of hydroxyanthracene derivatives in food and food supplements, not all aloe-based products are banned. Let's take stock


The news of the Aloe-based products "banned" by the EU generated some confusion: from the first moment it was not clear what was being talked about and what was meant by "aloe supplements" and many believed it was being talked about of aloe in general. But this is not the case: the problem is not Aloe buthydroxyanthracene, from the laxative power, a part of its leaves. Do you have to worry about products that contain pulp? No.

The European Commission had requested the stop (among others) of the hydroxyanthracene derivatives, naturally present in Aloe Vera and other plants, accused of being carcinogenic to humans.

Read also: Aloe supplements, beware! They have not all been banned at all

Its precious internal pulp, sine skin gel naturally free of hydroxyanthracens, will continue to be used to produce supplements and support the well-being of people, for its emollient and soothing action on the digestive system, purifying functions of the body and for the well-being of the throat. . The careful processing of the leaf, by the manufacturers of supplements, in fact, ensures the extraction of the Aloe pulp, eliminating the risk of the presence of idorsianthracens.

The marketing ban came into force on 8 April, following a decision taken as a precaution and after a process of research lasting almost a decade, it prevents the use and consumption of botanical species that contain hydroxyanthracene derivatives. , molecules of natural origin found in some plants on the European market used in the preparation of food supplements as adjuvants for good intestinal functioning (in particular, the European Commission refers to the natural substances aloe-emodin, emodin, aloin A, aloin B , to the synthetic substance dantrone and to all preparations that contain them).

But what has been banned in practice?

"In order to clarify the actual impact of this standard, it is necessary to specify that the molecules of hydroxyanthracens, defined as unsafe by the EFSA, European Food Safety Authority, are contained only in a specific part of the plant, in the parts more external than the leaf “, let Federsalus know.

This simply means that therefore the entire Aloe plant is not banned.

Its internal pulp, naturally free of hydroxyanthracens, can still be used to produce supplements, for its emollient and soothing action on the digestive system, purifying functions of the body and for the well-being of the throat. The careful processing of the leaf, by the manufacturers of supplements, in fact, ensures the extraction of the Aloe pulp, eliminating the risk of the presence of idorsianthracens.

Supplements: Beware of this popular mineral, it can increase the risk of prostate cancer if taken in excess ❯

Chlorella Vs Spirulina: Which Is Better? All the differences between the two algae (and which one is better for you)

TikTok's craze for chlorophyll water is a little bogus: what to eat to really consume the superfood

The 7 best supplements and vitamins most effective against stress

add a comment of Aloe supplements, let's clarify the ban: no danger for products with pulp