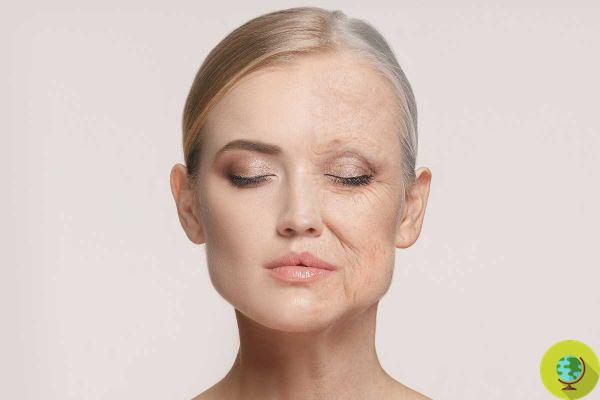 New research has identified the key mechanism for successfully rejuvenating skin cells. A sensational discovery for the future of research, and to address the problems associated with aging.

Scientists have succeeded in designing human skin cells to reverse aging by 30 years. In other words, they were able to rejuvenate the skin while maintaining the properties of the cells.


Although research is in its infancy, so we shouldn't get carried away too quickly, this technique could play an important role in efforts to produce a medicine from rejuvenating properties, which can also undo some of the consequences of aging.

What makes the research particularly noteworthy is that skin cells have been reprogrammed to be biologically younger, while retaining some of the skin's own cellular functionality.

The process used is based on the winning work of the Nobel Prize winner Shinya Yamanaka in 2007, in which Yamanaka was able to transform normal cells with a specific function, in stamina cells which can develop into any type.

This means, however, that the cell has lost its specific identity.

Biologist Diljeet Gill of the Babraham Institute in the UK and head of the study said:

Our understanding of aging at the molecular level has advanced over the past decade, giving rise to techniques that allow researchers to measure age-related biological changes in human cells.

The new method, dubbed "transient reprogramming of the ripening phase", works faster (13 days, compared to 50 in Yamanaka's team's experiments) and stops before the stem cell state is reached, allowing the cell to maintain its original identity and function.

Researchers have shown that cells can be rejuvenated without losing their function, and that rejuvenation tries to restore some functions of old cells.

In addition, they could also observe a reversal of aging markers in disease-associated genes, and this element holds promise for future research.

There are a huge number of age-related health problems, from heart disease toAlzheimer, and in the future this research could be useful in finding ways to address the progression of these diseases.

One of the next steps will be to try to apply the techniques used to other cell types in the body and make sure the processes are completely safe before moving them out of the laboratory and into clinical trials.

Instead of throwing away fennel waste, they can be used to make food supplements. I study ❯