Against alcohol abuse, Ireland imposes a minimum price for the sale of wine, beer and spirits 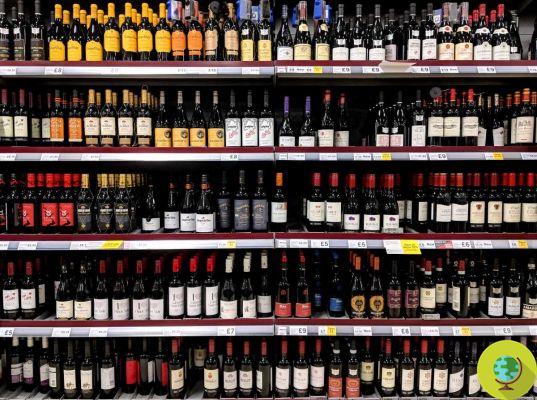 Ireland joins Scotland and Wales by imposing a minimum price for the sale of wine, beer and spirits in order to limit consumption

Against the abuse of alcohol, Ireland has established the minimum unit price, which means that wine, beer and any other alcohol or spirits cannot cost less than a certain amount established by law.


A new law has recently come into force in Ireland regulating the minimum price of alcohol. A strategic measure that aims to keep consumption under control, which in the nation has risen to alarming levels (according to statistics, in 2020 every adult in Ireland consumed 10,07 liters of pure alcohol).

In practice, the law now provides for minimum prices below which no shop (but also a restaurant, pub or club) can go down and which in fact regulate the sale of alcohol.

This is the minimum price set for the most famous spirits and spirits (which is directly proportional to the amount of pure alcohol present in the drink):

Naturally, the new law has also sparked controversy and criticism, especially among those who believe that this move will only serve to increase family spending and, in the most extreme cases, to fuel border tourism towards Northern Ireland where there is no similar measure (in Wales and Scotland, on the other hand, it already exists).

However, the government defends itself, highlighting that in countries where similar regulations are already in place there has actually been a drop in alcohol consumption, so the adoption of the minimum price seems to work.

This measure is designed to reduce serious illness and deaths due to alcohol consumption and to reduce the pressure on our health services from alcohol-related conditions. It worked in Scotland and I can't wait for it to work here.

The Minister of State for Public Health, Frank Feighan, highlighted instead that the new law will help reduce the consumption of alcohol even among the youngest:

We are taking this action to ensure that cheap alcohol is not available to children and young people at 'pocket money' and to help those who drink at harmful levels reduce their intake.

Counterorder! Vitamin D supplements are not effective for this disorder, which affects more than a third of women ❯

add a comment of Against alcohol abuse, Ireland imposes a minimum price for the sale of wine, beer and spirits