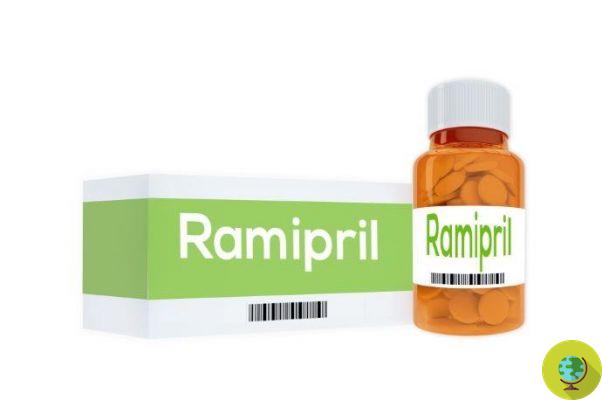 Pills commonly used to lower blood pressure, such as ramipril, could increase the risk of developing lung cancer by 14%.


The so-called ace inhibitors, if taken for a long time, could have a serious effect, that of developing lung cancer. A risk that could go from 14% to 31% if those medicines are used for 10 years.

This is what emerges from a study by the Department of Epidemiology, Biostatistics and Occupational Health at McGill University in Montreal, Canada, which, in collaboration with the Jewish General Hospital and the University of Toronto, found that a dangerous association between lung cancer and the use of ace-inhibitor drugs (“Ace” stands for “Angiotensin Converting Enzyme”, indicating angiotensin converting enzyme inhibitors). But cause-and-effect relationships have yet to be demonstrated.

Under the magnifying glass the antihypertensive drugs most frequently ordered in blood pressure control therapies, such as ramipril, which in 2017 alone was prescribed over 27 million times in the UK alone, while in the US there are around 163 million prescriptions each year.

The researchers conducted a statistical analysis on the data of nearly one million British people, all treated with ace inhibitors between January 1, 1995 and December 31, 2015. All were over 18 years of age and did not have a history of cancer behind.

During the follow-up period, doctors diagnosed 8 cases of lung cancer and, by comparing all the data and isolating the risk factors normally associated with this type of cancer, Laurent Azoulay, coordinator of the study, noted that ace inhibitors were linked to a 14% increase in lung cancer own risk compared with other hypotensive drugs. In patients taking ace inhibitors for a decade, the increased risk was as high as 31%.

The reason is that ace inhibitors favor the accumulation of chemicals in lung tissue, such as bradykinin - associated with the development of lung cancer.

So is there really to worry about? The researchers are cautious, and in any case they point out that theirs is a simple observation study that has not highlighted any cause-and-effect relationship between drugs and cancer. In addition, they note that the survival benefits of using ace inhibitors remain greater than any individual patient risk of lung cancer, so if your doctor prescribes them they should be taken safely.