A strange effect of aspirin can help protect against air pollution 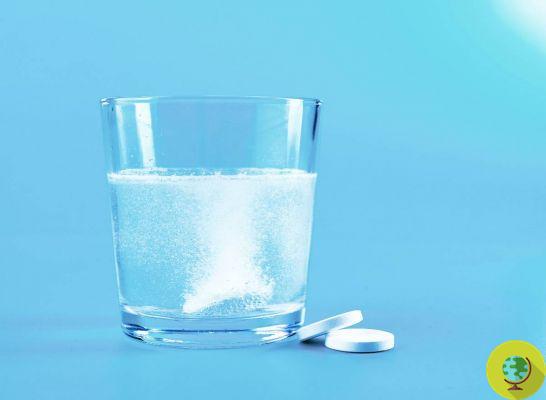 A new study has discovered, indeed confirmed, a particular effect of aspirin which, at least in some people, seems to have the ability to protect brain functions from damage caused by air pollution.


The smog to which we are unfortunately exposed on a daily basis, especially if we live in large cities, is a very serious problem to be faced as it has serious repercussions on people's health and in particular on children. Several studies have highlighted, for example, the harmful effects on brain function.

But, older men who take anti-inflammatories such as aspirin may be somehow protected from certain short-term harmful effects of smog. According to new research conducted in the United States.

The study, published in Nature Aging and conducted on about 1000 men (average age 69 years) residing in the Greater Boston area of ​​the United States, first discovered that breathing even low levels of fine particles and black carbon can lead to cognitive function. weaker in the short term. However, and it is unknown why, participants taking non-steroidal anti-inflammatory drugs (NSAIDs) scored significantly higher on tests that measure memory, concentration, and the ability to follow instructions.

In tests following exposure to low levels of air pollution (compared to the rest of the study), those who were not taking any NSAIDs were 128% more likely to score low on a widely used screening test for dementia. . On the other hand, those taking NSAIDs were only 44% more likely to get a low score during the same time period.

In practice, aspirin (and related drugs) was able to mitigate the harmful effects of pollution on brain function but the authors were unable to find any direct relationship between these drugs and their effect on the brain.

"Our study indicates that short-term exposure to air pollution may be related to short-term alterations in cognitive function and that NSAIDs may change this relationship," the authors concluded.

The team believes this could stem from how aspirin curbs inflammation in the brain, which can become chronic if air pollution is severe enough.

But for now it is only a hypothesis, even if a previous study, conducted by the same team at the Columbia Mailman School of Public Health, had already arrived at the same results.

Read also: Aspirin prevents the damage caused by air pollution on the lungs. I study

Further investigations are obviously needed among larger and more diverse cohorts (which also include women for example) to understand whether non-steroidal anti-inflammatory drugs, such as aspirin, can really moderate the damaging effects of smog on the brain.

Of course, even if this ability of aspirin is confirmed, the use of this drug certainly cannot be a solution to the problem of pollution. It is in fact always a medicine with possible side effects.

"Our results do not suggest that all older people should take anti-inflammatory drugs, because these are drugs with side effects that we cannot take lightly," said Andrea Baccarelli, professor in Columbia Public Health's Department of Environmental Health Sciences and lead author. of study.

On the other hand, however, understanding how aspirin manages to mitigate the effects of pollution on the brain would be very important to better assess how smog impacts human cognitive abilities.