A sedentary lifestyle not only wears down the body, but also the health of your mind. The study conducted during the lockdown 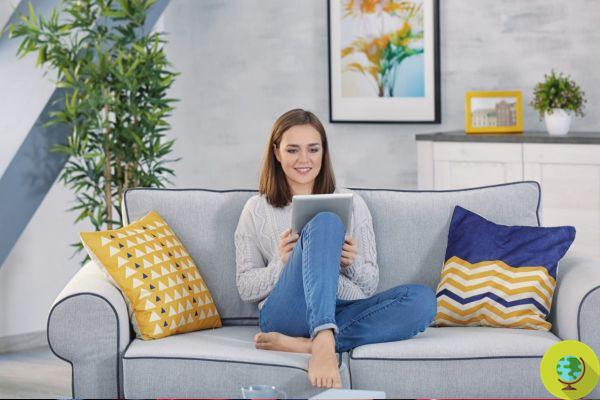 Sitting too much is not only bad for our body, but also for mental health, according to a new study by three psychologists

A seemingly harmless habit can become detrimental to our mental health. Which? Sitting too long. And, due to the pandemic and the resulting restrictions, even the least lazy people have fallen into the trap of sedentary lifestyle in recent months. Thus, a team of researchers wanted to investigate the role played by the time spent in a chair or on a sofa on our psychological well-being, given that the effects on a physical level are already well known. The results of the research, conducted by three British psychologists from the University of Huddersfield, were published in the journal Sport Sciences for Health.


Between May and June 2020, the three researchers administered an online questionnaire to 284 citizens (78% female) of the United Kingdom aged around 30, who answered a series of questions about their "sitting time" and their mental health.

“Although our sample of nearly 300 people were very active, they remained seated for longer periods, with over 50% sitting for more than eight hours a day,” explains Dr. Liane Azevedo, co-author of the study.

The deleterious effects of a sedentary lifestyle on mental health

The survey showed that a sedentary life exposes more to problems such as anxiety and depression.

And even people who spent about 30 minutes a day in physical activity reported worsening mental health if they sat for more than eight hours during the day. In short, moving not only helps you stay fit and feel better physically, but also helps you feel good mentally. As the study authors pointed out, exercising doesn't necessarily mean going for a run or working out at the gym.

Recent studies have shown that other recreational activities and gardening are also truly therapeutic and have numerous beneficial effects on our psyche. In short, it doesn't matter why you move, the important thing is to do it and make an effort every day to fight laziness. Our body and mood will thank you!

add a comment of A sedentary lifestyle not only wears down the body, but also the health of your mind. The study conducted during the lockdown