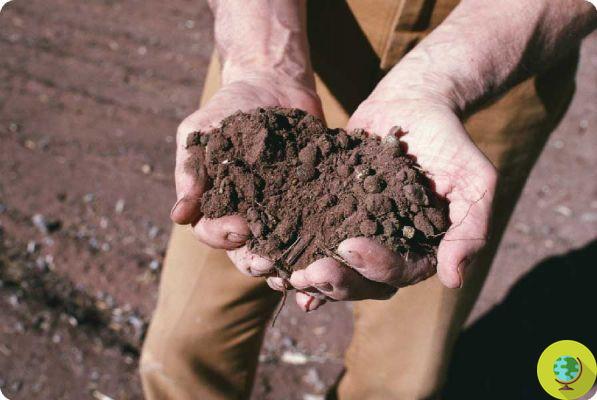 An American research team has discovered a new class of antibiotics in the soil. Could it therefore be the key to solving the problem of antibiotic resistance in a series of unknown microorganisms present in soil and dirt?

An American research team has discovered a new class of antibiotics in the soil. In a series of currently unknown microorganisms, present in soil and dirt, it could therefore be the key to solving the problem ofantibiotic-resistance?


Modern medicine begins when Alexander Fleming discovered penicillin, the first antibiotic. About ninety years later, the world faces a crisis linked to the resistance that some bacteria have developed against antibiotics. Hence, infections are increasingly difficult to treat and generate serious concerns for the future health of citizens.

In laboratories around the world, scientists are running for cover to find new solutions that can fight these super resistant microorganisms. Now comes an interesting news in this sense. Microbiologist Sean Brady, a professor at Rockefeller University in New York, together with his team has in fact discovered a new potential antibiotic and do you know where he found it? In the ground that we all tread every day!

Brady's idea was to dig into the soil in search of some solution. As previous research has also highlighted, in fact, the microbes present in the earth (most of which are still unknown) represent a potential great wealth for our survival on the planet.

Now the new study, published in Nature Microbiology, reports the discovery of a new class of antibiotics extracted from microorganisms that live right in the soil. This class, called malacidine, kills several superbugs including the dreaded methicillin-resistant Staphylococcus aureus (MRSA) and does not generate resistance even after weeks of exposure.

Of course, this new antibiotic could take years to develop, as Professor Brady warned. In fact, in order for a new molecule to be developed, tested and approved for distribution it takes an average long time but this discovery proves something important: the biodiversity of our planet, in some of its aspects still unknown, can also be potentially useful. in the fight against resistant superbugs.

It is thanks to the advent of metagenomics, a technique that allows all the genetic material in a sample to be sequenced en masse, that researchers can aspire to this important goal.

To carry out the study, Brady's team cloned huge amounts of DNA using nearly 2.000 soil samples provided by different scientists from around the country. Then the DNA was inserted into a harmless strain of bacteria, essentially turning the microbes into a malacid factory. To evaluate their potential, the researchers finally applied the microbes to MRSA bacteria and found that they did very well without creating any resistance.

The team was specifically looking for a known gene associated with the production of calcium-dependent antibiotics, molecules that attack bacterial cells but only in the presence of calcium.

According to Brady, malacidins work by interfering with the process bacteria use to build their cell walls. It is not known specifically which species the molecules come from but it is not important to know since scientists already have the genetic model in hand to be able to build the antibiotic.

Referring to the potential present in the soil, Professor Brady stated:

"Most of what is there is completely unknown and this is the future!"