A mother's love is capable of moving mountains (in all species)

A mother's love can even move mountains, if it's for the sake of her offspring (and this often applies to animals too). The maternal instinct today, for women, between biology and culture.

"Mom is serious. It has been sacrificing itself since we are born. It produces milk for us. When we are little she produces milk, because she is a mammal: this is why she is called mum ”: this is how Marcello D'Orta replies in“ I hope that I will manage ”.


It will be what will be, it is certain that in almost all living species the females who become mothers not only begin to produce milk but, if necessary, for their young, they would really be able to "move mountains too". And sometimes they do.

It 'smaternal instinct: for some it is something innate, which depends on genetics (consequently some women may not have it, if the gene in question were even only partially deactivated) and allows a specific behavior necessary for the conservation of the individual and the species . For others, however, it does not exist by itself.

Or rather - as shown by the study carried out by the Jaume I de Castelló University - they are the hormones produced by the placenta, such as prolactin, which induce a mental change which, in turn, modifies the maternal attitude and behavior, inducing the motivation to take care of children.

The activity of hormones therefore acts before the birth of the child, prepares the future mother by supporting the instinct to protect, care for, nourish and even sacrifice oneself.

An internal arrangement which also activates all of those instinctive attention of aggression towards those who can endanger the life of their children. 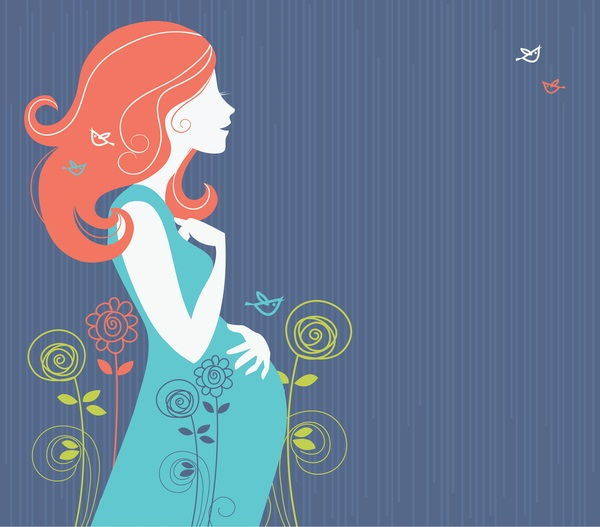 Even in other animal species, mothers are capable of trying anything (they identify strategies, face dangers) to take care of their puppies.

One of the best known stories on the web is perhaps that of Valentine. We are in Australia; Clarabelle was a dairy cow from which, therefore, the cubs have always been stolen; she became unproductive and destined for slaughter, she at the last minute she was saved by the activists of the Edgar's Mission.

Clarabelle begins a new life and, surprised, it turns out that she is pregnant. Everything proceeds normally until, one day, at Edgar's Mission they realize that Clarabelle has certainly given birth but there is no trace of the baby. What happened?

Free to move in the wide spaces of this animal shelter, she had chosen the right moment for move away from the group and give birth. So he had hid his calf - Valentine - in the tall grass: she went to him regularly to feed him, every day she moved him to a different place, and then came back with the other cows.

Here is the video that tells the story of Clarabelle and Valentine:

Among the impulses given by the maternal instinct for protect their puppies there is not only the elaboration of strategies built on the basis of past experiences but also the courage to face dangerous situations, putting one's life at risk.

An eloquent example is told by a video in which a mother rabbit attacks a snake without hesitation, managing to save the only puppy - still alive - that was about to be devoured:

It is certain that the maternal instinct does not require a "real" pregnancy and birth to develop: in a path of adoption, for example, gestation can be symbolic and no less rich, intense, exciting and intimate, as it is told in the book "Fairy tales to talk about adoption", by Anna Genni Miliotti.

Adoption that also occurs among animals and even between mothers and puppies of different species: incredible and true stories, such as that of the cat with squirrels or the labrador with the duckling, told by Lisa Rogak in her “I love you as you are. Stories of unconditional love from the world of animals ”or even in Unlikely Friendships, by Jenny Holland.

On the other hand, it is now also scientifically proven that animals have the ability to experience feelings, empathy, intelligence and, when it comes to mother-puppy relationship, as well as maternal instinct there is often - especially in many mammals - a human-like attachment.

Naturally for the woman, not only her own plays a relevant role in being a mother instinctive, more biological part, but also their own past experiences (maternage and paternage and the relative attachment), the circumstances and the context in which one lives (which can be uncomfortable or serene, comfortable and supportive) and, last but not least, learning.

Yes, because mothers learn to be, day after day, with a little information or targeted training but above all always getting back in the game, inventing himself, together with his / her own children, in the willingness and willingness to create for them the best conditions, the best present and future good.

It will be a coincidence that - to define a welcoming love, a predisposition to create the best conditions and an ever-present availability - we often use the expression "mother's heart"?

Perfect love does not exist: the secret is to recognize beauty in imperfections ❯