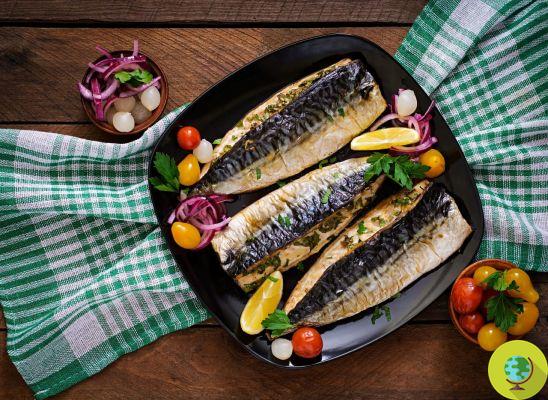 In omega-3 the key to longevity? Having a deficiency is comparable to smoking in life expectancy

In omega-3 the key to longevity? Having a deficiency is comparable to smoking in life expectancy


People with low levels of EPA and DHA in red blood cells (related to low levels of Omega-3s) are at greater risk of cardiovascular problems and have a shorter life expectancy than people with higher omega-3 levels. .

Cardiovascular disorders are unfortunately still a cause of death all over the world, and much can be done to prevent them by adopting a healthier lifestyle, reducing tobacco and alcohol consumption, and practicing sports. As for nutrition, fatty acids such as omega-3, EPA and DHA (which are usually found in fish such as salmon and herring) are very effective in reducing the risk of cardiovascular disease and mortality.

A recent study showed that a omega-3 index low predicts an early death as much as a smoking habit. The omega-3 index precisely measures the amount of EPA (eicosapentaenoic acid) and DHA (docosahexaenoic acid) in red blood cells: an optimal omega-3 index is 8%, an intermediate between 4% and 8%, a low has a value of less than 4%. Unfortunately, most American citizens have an omega-3 index below 4% - which means a very high risk of heart problems and mortality.

(Read: Omega-3 Supplements Boost Our Immune System: The Foods That Contain Them)

It is interesting to see how in Japan, where the omega-3 index is on average higher than 8%, the life expectancy of the population is about five years longer than in the United States, where this index is on average at 5%. - he claims Michael McBurney, author of the study. - In practice, food choices, by modifying the omega-3 index, can extend life. In our model, smoking and the omega-3 index are the most easily modifiable risk factors: being a smoker at 65 means having about four years of life compared to someone who does not smoke. It is the same reduction in life expectancy for those with a low omega-3 index compared to those with a high one.

The researchers used data related to cardiovascular disorders of Americans collected from the Framingham Heart Study, born in 1948 with the aim of identifying the common characteristics and risk factors that contribute to the onset of cardiovascular disorders, following three generations of participants through 72 years. The collection of data over such a long period of time has provided important information on the risk factors of cardiovascular problems and has led to the development of the Framingham Risk Score, a real test that contemplates eight standard risk factors (including gender, age , smoking, diabetes, blood pressure, cholesterol) and which provides forecasts on the onset of heart diseases.

An apple a day ... keeps the pharmacy away ❯