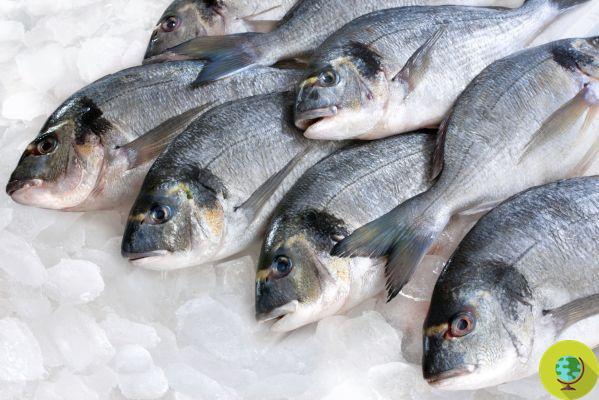 Aquaculture has officially overtaken fishing activity, according to a study by a team of researchers, led by L. Rosamond Naylor, Professor of Environmental Earth Sciences of the system at Stanford University.

THEaquaculture has officially overtaken fishing activity, according to a study by a team of researchers, led by L. Rosamond Naylor, Professor of Environmental Earth System Sciences at Stanford University and Director of the Stanford Program on Food Safety and the Environment. The main reason is obviously the demand for consumption, which requires fish rich in particular in Omega 3 fats.


The study, reported by the online journal "Proceedings of the National Academy of Sciences" and by Science Daily, points out how the livestock industry is more efficient than ever, and it is also putting it marine resources are severely tested, consumed in large quantities in the form of feed based on wild fish.

In fact, to maximize growth and enhance the flavor of farmed fish, companies of aquaculture use large quantities of fish meal and fish oil based on less valuable wild species, such as sardines.

Among the conclusions, there is also the one according to which the ecosystem could be threatened by this enormous industrial expansion; a solution proposed is to reduce the quality of farmed fish, even slightly, by reducing the quantity of feed obtained directly from the marine ecosystem.

As for the seas, however, the priorities are decidedly other, the threats as well.