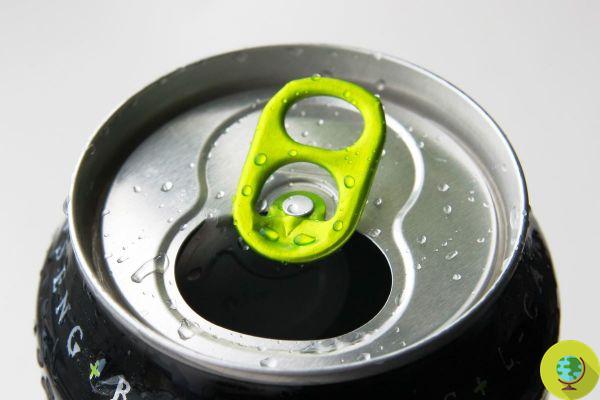 For two years, he drank four 500ml energy drinks a day. Thus, a 21-year-old English student developed severe heart failure which forced him to pass 58 days in the hospital. The young man also ended up in intensive care which he called a "traumatizing experience". After hospitalization and six months of treatment, the young man is finally back to normal, but it is likely that he will need a kidney transplant.


Before being admitted, the student had started suffering from breathing problems and weight loss. The doctors of the St Thomas Hospital, who dealt with him, considered multiple hypotheses, but ultimately attributed his cardiotoxicity to excessive consumption of energy drinks.

The young man, whose identity was not revealed for privacy reasons, was forced to interrupt his university studies due to his critical health condition.

“When I drank up to four energy drinks a day, I suffered from tremors and heart palpitations, which interfered with my ability to focus on daily activities and my studies at university, ”says the English student.

The young man also began to suffer from severe migraines, which prevented him from carrying out even the simplest daily activities, such as going to the park or taking a walk.

Abuse of energy drinks is a widespread problem (even among kids)

Unfortunately, that of the English student does not represent an isolated case of energy drink abuse.

"The consumption of energy drinks is on the rise around the world" - say doctors from Guy's and St Thomas' NHS Foundation Trust. - However, the impact of chronic and excessive use of these products on the cardiovascular system remains poorly understood. Concerns have been raised about a wide range of potential adverse health effects, including cardiovascular dysfunction and heart failure, although most consumers are unaware of them. "

Even the young patient realized that there is still little awareness of the excessive consumption of energy drinks, now sold practically everywhere and often without age limits.

"I think they are too accessible to small children" - comments the student - "I think the warning labels, similar to smoke, should be made to illustrate the potential dangers of the ingredients in the energy drink".

A recent study conducted by researchers at Cardiff University on a sample of over 176.000 children (aged 11 to 16) in secondary schools in Wales, found that 6% of students consume energy drinks on a daily basis.

As explained by Dr Kelly Morgan, lead author of the study, abuse of energy drinks is more prevalent in families with lower socioeconomic statuses.

More and more studies confirm the devastating effects of energy drinks on health, but they still continue to be sold very lightly in supermarkets and other shops, even to minors.