Not just a pandemic, 2020 was also the annus horribilis for the climate, ranking as the hottest year ever recorded in Europe. In fact, 2020 in the old continent was 1,9 ° C above the 1981-2010 average. But the problem affects every corner of the globe, even if not all regions are experiencing change at the same pace.

This is what emerges from the 31st “State of the Climate 2020” report, a special supplement of the Bulletin of the American Meteorological Society (BAMS) of the National Centers for Environmental Information, NOAA, produced by 530 scientists from over 60 nations. 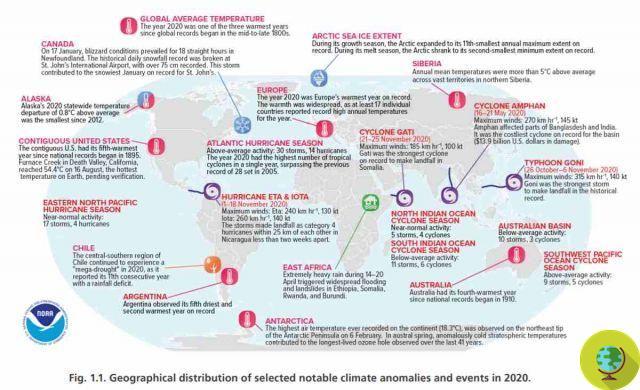 Read here: We are on the verge of catastrophe: climate change has become inevitable and irreversible. The latest UN report launches the "red code for humanity"

Furthermore, even if global rainfall was not exceptionally high in 2020, surface humidity showed high values ​​of water vapor in the oceans, close to a record on land, while the total atmospheric water vapor which is well above the average. This extra moisture exacerbates the effects of higher temperatures on the human body.

According to the study, greenhouse gases were the highest ever recorded. The global mean atmospheric CO2 concentration was 412,5 parts per million (ppm), while the 2020 increase in atmospheric methane concentration (14,8 parts per billion) was the highest such increase since when systematic measurements began in the 80s. And not only that: the year-over-year increase in methane (14,8 parts per billion) was the highest of its kind since the start of systematic measurements.

In addition, the scientists rattle off an alarming scenario point by point: 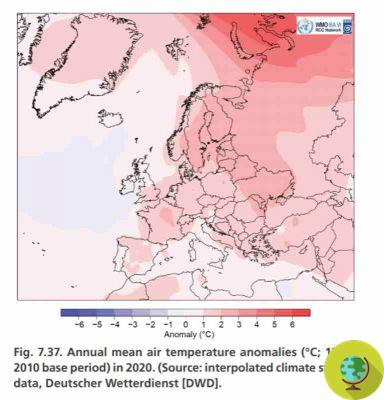 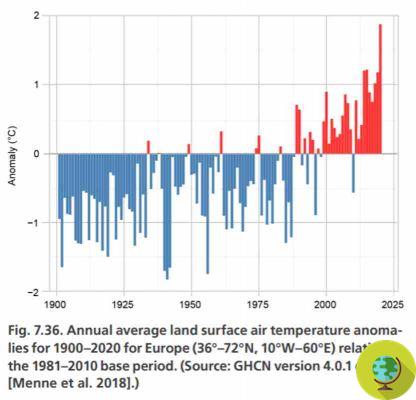 2021 beats a new heat record: the side effects on the planet are dramatic ❯

From Zuckerberg to Murdock, the list of the 12 greatest climate "criminals" in the United States unveiled

2021 beats a new heat record: the side effects on the planet are dramatic

Carbon dioxide could be used to produce fuel, the study that would open up the real revolution

Fossil fuels should remain in nature to stop the climate crisis. The first studio to officially prove it