00 flour harmful to health: here's why

We asked Professor Franco Berrino, former director of the Department of Predictive and Prevention Medicine of the National Cancer Institute of Milan and consultant of the Scientific Directorate, what are the negative effects of the habitual use of this type of flour.

La 00 flour is harmful. Behind its apparently harmless appearance, its candid color and its fluffy and light texture, there is a real health hazard Human.


This flour - widespread in supermarkets and commonly used in household uses - is obtained through industrial grinding of wheat grain, which involves theelimination of the germ (i.e. the nutritional heart of the grain, which contains amino acids, fatty acids, mineral salts, B vitamins and vitamins E) and bran (the outermost part, particularly rich in fiber). All this leads to a depletion of raw material: in fact, from this grinding, one is obtained refined flour, which holds for a long time, but turns out terribly depleted e very rich in sugars.

We asked the professor Franco Berrino, former director of the Department of Predictive and Prevention Medicine of the National Cancer Institute of Milan and consultant of the Scientific Direction, which are the negative effects of the habitual use of this type of flour.

“00 flour - like all refined products - causes an increase in blood sugar and the consequent increase in insulin, a phenomenon that over time leads to a greater accumulation of deposited fats ".

All this therefore translates into a weakening of the organism, increasingly subject to diseases of all kinds, tumors included.

Which flours should you choose then?

“The ideal - explains Berrino - is to buy organic wheat from our farmers (possibly durum wheat, which has a lower sugar content) and grind it yourself. In home".

Does it seem impossible to you? Not at all!

There are now many on e-commerce sites retailers of small household stone mills at relatively low costs (ranging from 300 to 500 euros) that allow you to grind wheat at home e self produce healthy and quality flours. 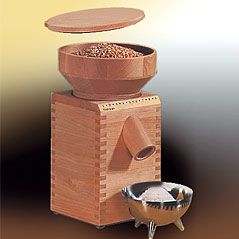 In this way the grain will simply be pulverized without being deprived of the germ and bran, elements that provide very precious substances for our body.

La the difference between stone-ground flour and industrial 00 is palpable: the first is grainy and sand-colored, the second has the appearance of chalk.

And for those obsessed with Manitoba?

“Being rich in gluten - continued Professor Berrino - manitoba makes it possible to obtain softer and fluffier breads and desserts, but since this is also a refined flour it involves the same risks as 00 and should be used in moderation“.

In short, the suggestion is consume these flours as little as possible. Just like all fine products, white sugar included!

Attention then to the whole grain bread, o pseudo tale!

Most breads called wholemeal (especially those bought at the supermarket) are made from flour 0, which it comes from added a derivative of bran, this too deprived of its most precious substances and finely re-milled. In short, a refined waste of industrial processing, which becomes doubly harmful for the human organism.

But how can we recognize it?

Il real wholemeal bread has a homogeneous dark color (as well as a completely different flavor), while that obtained from refined flour and bran is substantially white (given by the 0 or 00), with dark dots given by the bran.

In short, if you really don't have the time and desire to grind wheat and make flour at home, at least avoid buying fake wholemeal bread or flour from the supermarket, opting instead for stone-ground ones. Among the most famous are those of the Quaglia and Marino mill, but in reality they still exist small semi-unknown stone mills and increasingly rare, which are worth looking for.

Also you can choose between different flours alternatives to that of wheat, always paying attention to the degree of refinement.

5 commonly used refined ingredients that are poisoning us

add a comment of 00 flour harmful to health: here's why